The deputy prime minister, Winston Peters, says former and future Australian prime ministers would not treat New Zealand in the way the current regime is over deportation.

Dancing on the head of a pin at Parliament yesterday, Peters would not name Scott Morrison but was clear the issue is with the present Australian government and its prime minister.

A trans-Tasman sledging match has been playing out since Prime Minister Jacinda Ardern attacked Morrison's hardline deportation policy in Sydney on Friday.

The gloves came off during the annual trans-Tasman catch-up.

"Australia is well within its rights to deport individuals who break your laws. New Zealand does the same. But we have a simple request. Send back Kiwis, genuine Kiwis - do not deport your people, and your problems,'' she said.

Socking it straight back was Home Affairs Minister Peter Dutton, who told ABC that Ardern was just electioneering. 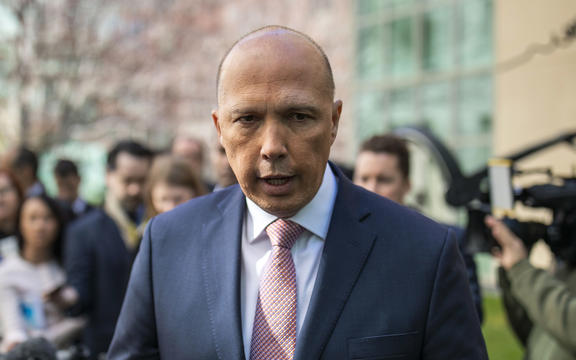 "New Zealand is obviously in the election cycle at the moment - it's regrettable that she made her comments but that would have played well domestically for her," Dutton said.

Into the ring next was Peters - telling ABC it was a bit rich for Australia to be shipping its unwanted people to New Zealand when an Australian has been charged over the deaths of 51 people in the Christchurch mosque attacks.

"Did we make a song and dance about Australia about that? It was the worst tragedy we've ever had - 51 people lost their lives - scores and scores were damaged forever," he said.

"Far worse than Port Arthur, and nobody in my country sought to abuse Australia about that, that's my point ... and we want a thing called respect."

Peters then told Sky News Australia he was itching to argue deportation with the Australian government.

"I'm happy to have a debate with them, anytime they like ... the whole lot of them.''

Bringing the 15 March attacks into the debate could be viewed as political, if not distasteful, but Peters told RNZ it proves the opposite.

"We showed serious maturity and understanding. We showed this was an international problem of that sort of behaviour and we had to as a group of nations work together to get on top of it,'' he said.

"That's what we demonstrated - we didn't take a politicised view - and I'm very proud of my nation for not doing that." 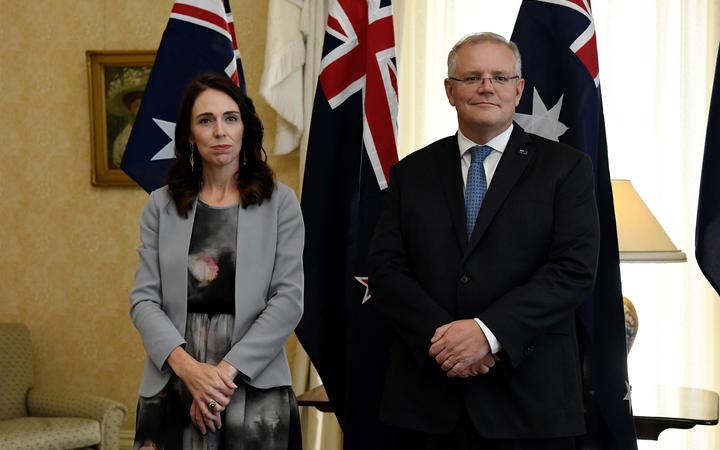 He said Morrison's government was acting in a way not seen before, nor would it be seen in the future.

"There's no way under former Australian prime ministers we would have been treated that way,'' he said.

"I'm just making the point, I'm not reacting to any other person, I'm saying of a former time and a future time when the behaviour will be parallel.''

"But the reality is I look forward to a night in Australia in the future when we get a fair go.''

Justice Minister Andrew Little said the deputy prime minister had his own style when it came to diplomacy.

"Well, that's Mr Peters' way of talking about the issue and raising an example.''

But Little agreed the Australian policy was out of sync with the rest of the world.

"Those are not grounds recognised internationally for deportation, so Australia is very much out on a limb in terms of their policy here,'' he said.

Peters said fair-minded Australians and many of the country's politicians grasp the unfairness of the policy, and he looked forward to a day in the future where this misunderstanding would be cleared up.

There was no such thing as taking a free hit at New Zealand, he said.