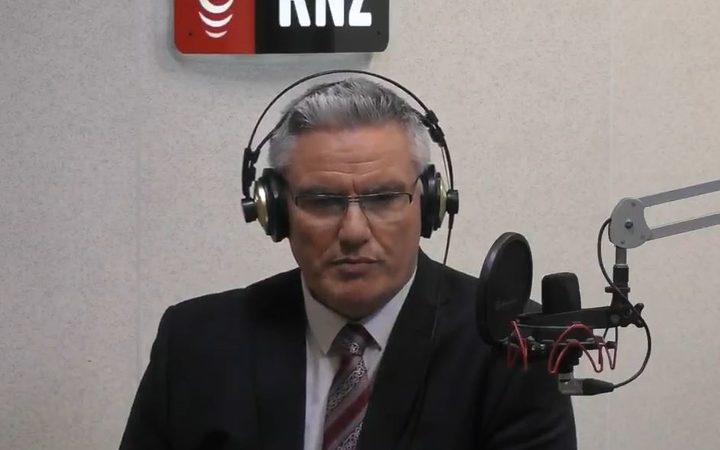 Yesterday Dame Tariana Turia told Morning Report that during her meeting with the Prime Minister they discussed that money earmarked for Whānau Ora was going to other government departments.

She is one of five leaders who filed an urgent claim to the Waitangi Tribunal over the government's handling of Whānau Ora funding.

The troubles arose when Whānau Ora services around the country realised they had so far been handed just $10 million of the $80m allocated to them in the 2019 Budget.

The group met with Prime Minister Jacinda Ardern on Tuesday, in what they said was a frank, constructive and promising discussion.

One of the agencies accused of using Whānau Ora funding is Corrections, but its minister Kelvin Davis - who is also the Māori-Crown Relations Minister.

"Yesterday Dame Tariana incorrectly asserted that money was taken from the Whānau Ora budget and given to Corrections - so, this is wrong, in fact it's the other way around," Davis said.

Dame Tariana said that was not the point and Davis knew it.

She said any new government investment in Whānau Ora services should go to the current Whanau Ora model, which was already underfunded.

"I am really sad that they don't know how to be pono and tika - I don't expect anything more of them," she said.

"I understand the system is difficult, I understand how hard it is to get money to do the things that you want to do."

"But at the very minimum as a minister, they owe it to the rest of us to be honest with us and they are not being honest - they are being very creative."

"When you see something that is successful, when you know that the resources are getting to where they matter the most, why would you suddenly bring in Crown agencies to have some of that budget.

"If they can't manage within the budget's that they have been allocated to do this extra work that they are talking about then that's their fault - don't take bits away from someone else."

Challenged over whether it would not make more sense for the government to allocate increased Whānau Ora funding directly to Whānau Ora, Davis said the government was acting on a Whānau Ora review that had recommended incorporating its approach into different portfolios and agencies, and extending government support and buy-in to them.

"And that's what's happening here. The Whanau Ora review said that other agencies should be adopting the Whānau Ora approach and that's exactly what Corrections is doing, and it is the right thing for prisoners and for their whānau, working with them together.

Māori are overrepresented in New Zealand's prisons, and Davis said Corrections was working with Te Puni Kōkiri the Ministry of Social Development to counteract that.

"[Dame] Tariana said you can't practice Whānau Ora in a prison, now ... I can't understand why anyone would think prisoners and their whānau should be excluded from Whānau Ora - they're arguably the people who need it and would benefit from a whānau-centred approach the most.

"I've been into prisons and prisoners say to me 'look, I've been in here for five, six, 10 years. When we leave, our families don't recognise us, they don't know us, we're strangers' - and I said 'well, that's got to change'.

"We can't just put the prisoners to one side and then the whānau ... have to just work it out for themselves. We're saying that we need to work together with the prisoner and their whānau on the rehabilitation so when the prisoner emerges from prison they're in the best possible position.

"Whānau have got to be part of the rehabilitation of prisoners, and that is exactly what a whanau centred approach is all about, and that's what we're doing is working with our prisoners and their whānau."

He said he could not answer questions about whether other agencies and departments had allocated extra money towards Whānau Ora.

He said $2m has been directed to localised commissioning agencies.

"With regards to other money in Whānau Ora, some of that has gone to other agencies to deliver on Whānau Ora, and that is being developed.

Whānau Ora Minister Peeni Henare has rejected suggestions Whānau Ora money is with other agencies, saying he was looking into those claims.

He has previously asserted some missing funding was simply delayed until new initiatives had been developed, but another $42m from the Whānau Ora budget was also still to be released to the three commissioning agencies.