Government ministers David Parker and Grant Robertson are being taken to court over their handling of a decision allowing the purchase of land on which to dump mine tailings. 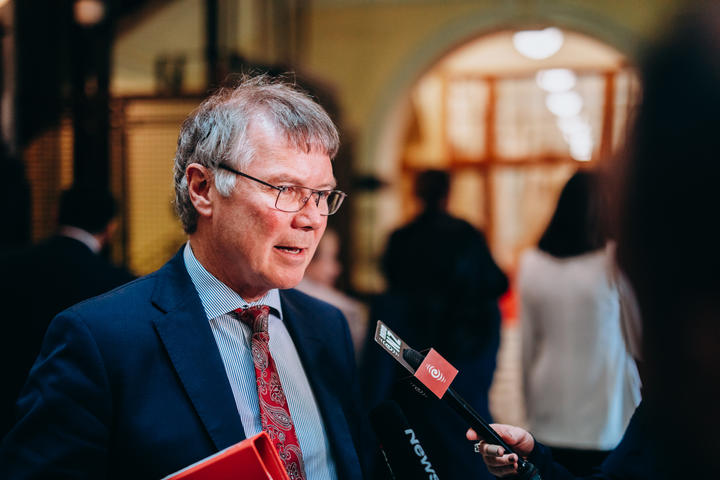 OceanaGold was approved to buy the land in October, but only after Conservation Minister Eugenie Sage's decision to block the purchase was reversed.

Community group Coromandel Watchdog of Hauraki is taking the ministers to the High Court, saying their decision to allow the purchase was flawed.

The group's chair, the former Green MP Catherine Delahunty, said it will create a toxic dump and does not take into account the environmental risks.

"Particularly things like long term economic benefit, if you're going to talk about that you can't separate that from our climate goals, which is carbon neutrality by 2050," Delahunty said.

"You can't keep promoting industries that produce a lot of fossil fuels and contaminate the environment, so they would be forced to look at their decision again."

Delahunty said papers will be filed with the court tomorrow, and she hopes it will hear the case quickly.

"We are horrified that the Government undermined Minister Sage's decision on these grounds," she said.

"It showed bad faith and a willingness to promote mining without considering the greatest issue of our time, climate change. We have to do everything we can to hold them to account and to act within the OIO rules."

Resource consents have yet to be issued for the land.