Leading construction figures acknowledge a degree of cynicism in the sector at a newly touted Transformation Plan, but say it's the best shot of tackling long-standing problems.

"This is actually the first time ever that seven Cabinet ministers have come together with key leaders in industry to say that, together, government and industry will sort these issues out," she said.

"Having a hands-off approach and hoping somehow that the construction sector will be able to turn things around by themselves has been ineffective." 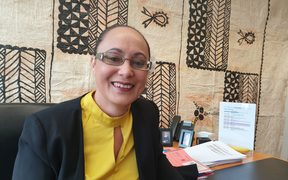 Master Builders chief executive David Kelly is on the group overseeing the new strategy and told RNZ it was chiefly about a shift in attitude on both sides.

"The attitude too often has been, 'the only way for me to do well is to undermine the other party'," Kelly said.

"What this says is, actually, that's a really bad way of thinking about how to do business. A good way to do business is to say, 'I want to succeed, but in order to do that, all the other parties have got to do well also'."

And Kelly said he was already seeing that sea change in action.

"The industry is starting to step up. There are those that are cynical, but there a lot of industry leaders who are saying we've got to give this our best shot and we've got to lead as well."

"It's actually absolutely critical if we do want to deliver more housing. We need to solve these barriers and blockages right across the development sector."

But she said the plan now needed everybody involved to step up and keep their promises.

"There's no doubt there's plenty of cynicism throughout the industry, so the proof of this is going to be in the pudding."

National Party building spokesperson Andrew Bayly said he was broadly in support of the initiative, but did not have much faith in the government's ability to follow through.

"We just need to get some runs on the board. It's two years after the government was formed. That's the disappointing thing. We need people delivering things, not just talking about it."