A Christchurch City Councillor says he feels vindicated after what he called "scurrilous allegations" against him were dropped in the Christchurch District Court today. 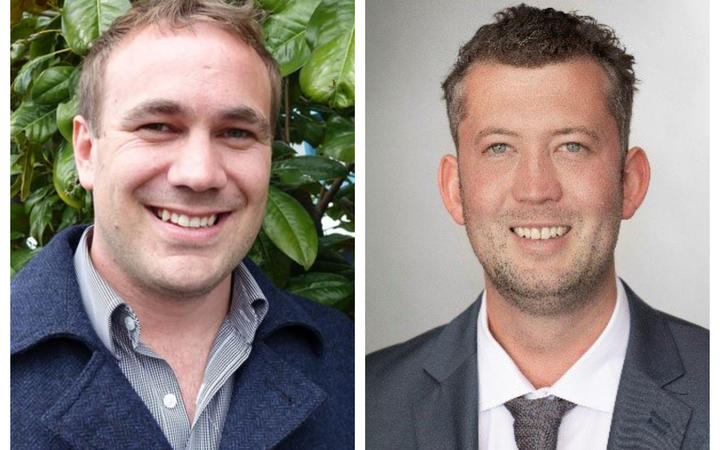 Jake McLellan won the central ward seat over incumbent Deon Swiggs by 1188 votes after allegations made by three people, as young as 13 years old, claimed Mr Swiggs had engaged in inappropriate late-night messaging and insisted on hugs instead of handshakes.

The reporting of the allegations derailed Mr Swiggs' campaign, though Mr McLellan has maintained that despite the accusations his campaign was always on track to win the seat.

Supporters of Mr Swiggs lodged a petition in the Christchurch District Court on 8 November, arguing that the allegations were released to the media by the Canterbury Youth Worker's Collective at a critical point in the election to sabotage his campaign.

In front of a packed public gallery today, which included Mr Swiggs, the court heard the allegations put forward by a group of Mr Swiggs' most avid supporters.

Among them was the petition organiser Hayley Guglietta who was also a member of Mr Swiggs' campaign team.

In her signed affidavit, she said the allegations, which were first published in The Press on 20 September occurred on the same day that voting papers were sent out.

She said this showed clearly that the allegations were leaked to media to coincide with the period that people would be voting.

She said this was also confirmed by one of the complainants in a story that featured on RNZ about the allegations.

"The transcript from the Radio New Zealand interview clearly states that they wanted the information out during the election time because they didn't want someone who had these allegations [against them] to be presented to voters."

Ms Guglietta was referring to a comment by the complainant which said: "The voters of Christchurch central deserve to know the full truth about who they're voting for. I'm here to say my story so that voters know that the person that they could be electing is not just as he seems and that there are things behind that, about how his actions and comments have made a minor feel."

She said that one of the complainants was friends with Kaitlyn White, who was Mr McLellan's campaign manager.

Ms Guglietta used this as evidence of collusion but could not substantiate any of the claim with hard evidence during cross-examination.

She said she did not know who the source of the leak was, but did know about the document that allowed the media to report on the allegations.

'It's vindication for me'

However, during the closing submissions today the petitioner's lawyer, Paul McMenamin withdrew the third accusation which claimed that Mr McLellan and his team had a hand in the allegations being leaked to the media.

It is the second accusation they have dropped after they withdrew their claim that the Christchurch City Council's handling of the allegations hampered Mr Swiggs' campaign last month.

As a result, the supporter's sole claim is that the allegations were released to the media by a youth group to negatively impact Mr Swiggs' campaign.

Outside of court Mr McLellan said he was glad the accusations had been dropped.

"I think they could see the writing on the wall and I think the petitioners are hurting and this has been difficult for them.

"It's vindication for me."

Mr McLellan said he found the claims levied against him "hurtful" but it hadn't hurt his public perception.

"I don't believe I have taken a hit, I think people will see it for it what it is."

Mr Swiggs also spoke to media after the court concluded today. He said he was disappointed that the court did not hear from the people who actually brought the allegations against him.

"So the [Canterbury Youth Worker's Collective] got these people together, refused to stand, refused to actually partake in this process.

"This is the only opportunity we have to get those people to say what they know, it would be great to hear their side of the story.

"They are the ones who threw this out, we haven't been able to engage with those people and that's really disappointing."

Mr Swiggs is expected to make a statement about his own legal case after the Christchurch City Council announced it had abandoned an investigation into the complaints because its Code of Conduct could only be enforced for sitting councillors.

Judge Paul Kellar has reserved his decision as to whether the Christchurch City Council election is void or not because of allegations against the youth group until next week.