A Christchurch Councillor has come forward this afternoon identifying himself as the person at the centre of an investigation into misconduct allegations involving interactions with young people but denying any wrongdoing. 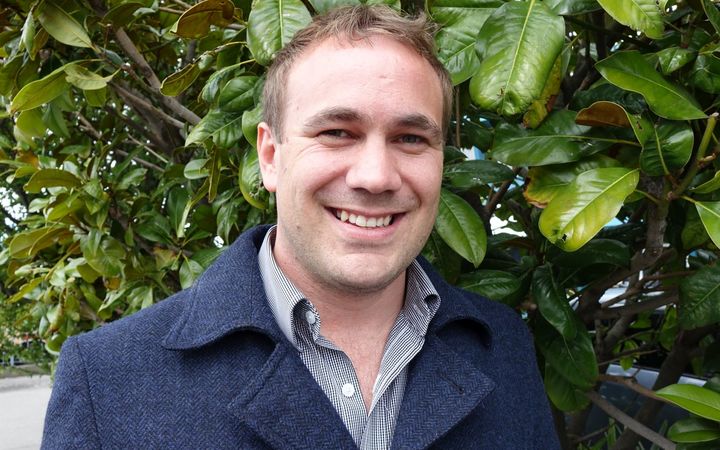 The three complainants, aged between 13 and 21 at the time, said Councillor Deon Swiggs engaged in 'grossly inappropriate' late-night messaging on social media on numerous occasions and insisted on hugs instead of handshakes.

But in a statement this afternoon, Mr Swiggs denied the allegations, saying he welcomed a full investigation into the complaints and would fully co-operate with the inquiry.

The youngest complainant has spoken exclusively to RNZ.

The boy, who we'll call Josh, says he was only 13 when he first met Councillor Deon Swiggs at a youth event in July 2017.

He offered to shake the councillor's hand but was instead offered a hug.

"At the end, when I was being like, okay bye to go off to talk to other people, he was like, okay come on, and went in for a hug. I didn't want a hug from him. I hadn't even known who he was. And that whole entire time it was an incredibly uncomfortable experience for me being a young person with someone who is much older and in a position of power."

Just over a year later Josh said there was more physical contact that made him feel uncomfortable, again at an official function for young people that Mr Swiggs was attending in an official capacity.

"I went in for a handshake, he said, I think we're past that. He then went in for quite a big hug. And that was kind of not just your typical kind of friend hug, it was very over the arms going into quite a bear hug, which made me feel incredibly uncomfortable, not a place I wanted to be after that...It made me feel unsafe, and made me feel like this wasn't a place I could belong because I was constantly having to worry about those types of things."

Josh said there was more unwanted touching by Mr Swiggs about six months later, at a youth festival.

"He wanted a selfie and I was like, okay cool. He then went in to hold around my back and hold [me] by my hip. He went and took numerous photos holding on in a very uncomfortable place that was uncomfortable for me for a long period of time, probably eight to 10 seconds which is quite a while when you think about it, taking a photo."

Then there was the pet name Councillor Swiggs had for Josh that involved calling him "baby".

"That in itself is just so gross", said Josh.

At the same time as all of this was going on, Josh said  Deon Swiggs was exchanging late night messages with him on Facebook.

He said the only reason he was friends with the councillor on Facebook was because the much older man was a city councillor and somebody he felt he needed to maintain a professional relationship with.

One of the first messages he received from him on Facebook was signed off with an 'x'.

But it was the one Josh received in May of this year that encouraged him to finally break his silence and tell somebody what had been happening.

An exchange took place over two days culminating in the councillor telling the teen "You're a good looking dude, no matter what. Don't be to (sic) harsh on yourself."

"Again, I saw that message, I wanted to avoid it. I didn't want to have to reply, [it] made me feel uncomfortable, gross, almost sick to some point with the power imbalance and kind of his, where he was standing in society and me as a young person.", said Josh.

At this point Josh's case was taken to the mayor on his behalf by an advocate.

A short time later he told his father.

At first the advocate only disclosed to the mayor the message commenting on Josh's appearance.

Lianne Dalziel, said she agreed to speak to Mr Swiggs about appropriate behaviour and the power imbalance that existed between a councillor and a young person.

She also said she banned him from events where he would be in contact with young people.

Ms Dalziel, said she met with representatives for the young people again later in June and explained to them that the council's Code of Conduct process was extremely poor for dealing with such matters because it relied on a vote of the Council, and even then the council could only make a recommendation.

At this point she offered up the possibility of restorative justice.

She then handed the matter on to the acting chief executive, Mary Richardson, to deal with.

The council had now started a code of conduct process starting with an independent investigator looking at whether a further investigation was warranted.

Deon Swiggs has declined several interview requests but in a statement this afternoon, he said it was important for him to identify himself to stop aspersions being cast on his council colleagues. He went on to say he denied any allegations of misconduct and he welcomed the investigation.

Mr Swiggs said he would fully comply with the inquiry.

Meanwhile, with voting closing in less than three weeks, Josh said it would be wrong to wait until after the local body elections for the public to be made aware of his claims.

"The voters of Christchurch central deserve to know the full truth about who they're voting for. I'm here to say my story so that voters know that the person that they could be electing is not just as he seems and that there are things behind that, about how his actions and comments have made a minor feel."

It remained unclear how long the inquiry would take but Mr Swiggs said he hoped it would be resolved quickly so Christchurch ratepayers had certainty ahead of the election.

This is an edited version of the original story that corrects inaccuracies.