The Minister of Justice has questioned the ability of a key industry watchdog to regulate election year advertising, due to an adverse decision against him last month.

Andrew Little was talking about how the government aimed to crack down on misinformation campaigns when he said he had little confidence in the judgement of the Advertising Standards Authority.

Last month, the authority dismissed a complaint he made in a personal capacity about a newspaper ad run by a National Party MP.

Voters will have plenty to debate come 2020 - there will be a referendum on legalising recreational cannabis, and if the legislation passes on 13 November, voluntary euthanasia will also be put to the vote.

Mr Little said the Electoral Commission would be making sure advertising rules are followed during the regulated period.

But he wouldn't express the same confidence in the industry watchdog, which also has a role.

"I personally for recent reasons don't have a great deal of confidence in the Advertising Standards Authority... I just think they're not equipped to do the quasi-judicial job of ensuring that somebody who asserts in a paid advertisement that it is in fact," Mr Little said.

"The test that the Advertising Standards Authority seems to use now is that if the advertiser believes it to be true then it will be true."

The authority's chief executive, Hilary Souter, said she was "surprised" the minister used his recent personal experience to question its competence in dealing with political advocacy complaints. 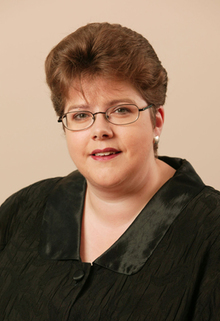 "The ASA has been dealing with political and advocacy advertising for over 30 years," Ms Souter said.

During the heat of the campaign, any complaints about political advertising were fast-tracked by the nine-member independent complaints board.

"That rules on code compliance and the process is quick - around two weeks on average, with a fast track process of around three days in place during the month prior to election day."

The authority also took heed of other conventions and legislation.

"Our process recognises the right to freedom of speech under Section 14 of the New Zealand Bill of Rights Act and confirms that in a free and democratic society," Ms Souter said.

"Differences of political opinion should be openly debated without undue hindrance or interference from authorities such as the Complaints Board."

If the identity and position of the advertiser were clear, a "liberal interpretation of the Codes" would apply to help ensure political parties, politicians, lobby groups or advocates "are not unnecessarily fettered in promoting their views", Ms Souter said.

During the 2017 election period, the authority dealt with 16 complaints: eight had no grounds to proceed, five were not upheld and three were upheld or settled and the ads removed.

The authority was currently looking at how it would deal with political advertising in 2020. That could result in more focus on information and education well ahead of the election, so advertisers, including political parties, were clear about the rules, Ms Souter said.

The Electoral Commission would also beef up its legal team in anticipation of a busy election year.

It will give guidance about the rules governing election advertising and spending, and deal with related complaints.

The commission said it, too, was "aware of the urgency involved" and would deal with complaints as quickly as possible, with a usual turnaround of one to 10 days.