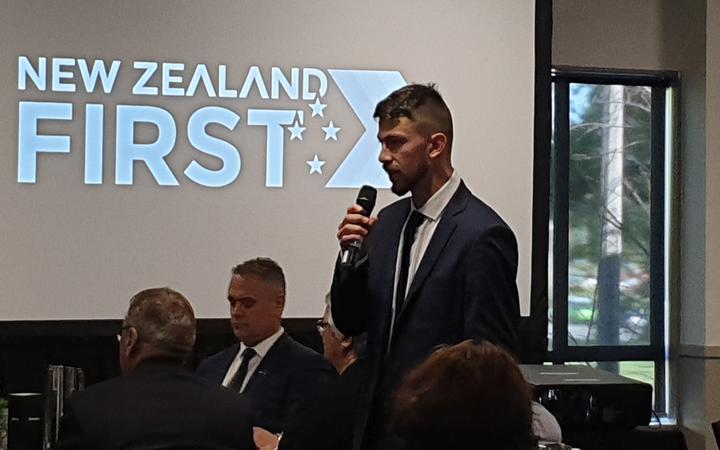 The youth wing of the party not only won over its leader at the weekend's conference, but the majority of the membership too.

Young New Zealand First came to life officially only in the last five years but its presence has continued to grow at the annual gathering of party members.

It was another year of no big policy announcement at the New Zealand First conference in Christchurch.

Speculation that Winston Peters got cold feet and cancelled a planned announcement was dismissed by the leader.

"I'm sick and tired of your people's sources - there's one source in this party where I'm concerned and you're looking at him."

But the biggest change in potential policy to come out of the conference did not come from Mr Peters, it came from Young New Zealand First.

The youth wing put in a last-minute pitch to Mr Peters on Saturday morning asking that they be allowed to call for the party to reconsider its opposition to drug testing at festivals.

Permission was granted, and the remit passed.

It was the party's youth chairperson, William Woodward, who put the remit forward.

"It was an absolutely huge win for us, we actually didn't see it coming but believe me we were all very excited with it, and it shows just how democratic our party really is, that really we can bring a motion to the floor, and it can get through and that we can actually effect policy meaningfully." 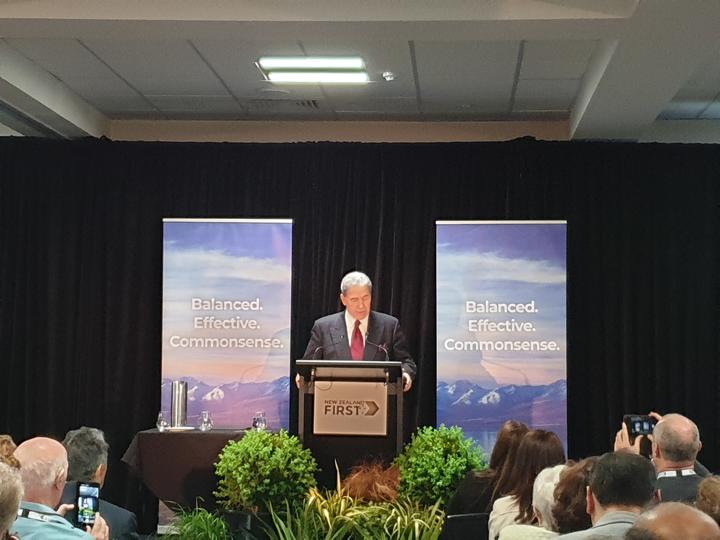 The motion was seconded by former chairperson, Rob Gore, who said he and his friends had worked hard to get to where they were.

"We had to work our bums off for the past four years to show them that they can trust us, trust us to be in position like we are right now, trust us to stand up and speak like we did, it wasn't easy. I began my political career stacking chairs and handing out raffle tickets to old people."

While Mr Peters did not vote on the remit, he said the debate was needed.

"To tell you the truth I didn't vote, but I did have that thing put on the agenda when it wasn't there - that is we opened up the space for them to have a full debate ... and at the end of it all I think we're a better party for it, we've got a major problem, we've got people taking illegal drugs and we're trying to keep them alive."

New Zealand First MP Jenny Marcroft said those party members who believed the motion ran the risk of normalising drug use and had voted against it had a fair point, but that the safety of young people, of people's sons and daughters, was paramount.

"I also think that equally it's a fair argument that we want a safety net for our kids. So that's why Tracy [Martin] has suggested, 'let's find a middle way through this' and that's where our discussion will go to next," she told First Up.

Colleague Shane Jones said the stories of parents who had put the motion forward had forced him to re-evaluate his views.

He told Morning Report: "I'm unashamedly hardline on drugs, but when I heard the two female members of our caucus share with me the reality of their children, then I moderated my views."

He said the vote demonstrated that the party was attracting dyanamic people into its ranks, which was helping to clarify and reframe its positions.

"No party is static... we are constantly having to tailor our message and redefine the value of the principles that all parties have and I just think that it shows that, despite the jundiced view that some people have about New Zealand First, it is attracting a lot of dynamic members," he said.

Mr Peters used his keynote speech to the crowd of about 250 on Sunday to go on the attack.

"We're seeing a desperate opposition traverse new grounds in its use of dirty politics. We see in New Zealand for the first time a descent into fake news with National bombarding social media with distorted facts and outright lies."

Mr Peters rejected suggestions there was no new policy.

At a stretch, one new idea is to explore how to get more women into trades, but no detail was provided.

He rubbished claims Labour was already doing that with its trades training scheme.

Looking ahead to next year's election, Mr Peters announced some core areas the party would focus on.

They include bolstering Kiwibank to increase its competitiveness, expanding ocean and marine farming and urgently reforming the Resource Management Act.

While working with the National Party seems a stretch with all the constant jibes, Mr Peters insists all options are still on the table.

And as Rob Gore from the youth wing makes clear, there will be a lot of young people backing him whatever happens.

"You can never rule Winston out, that guy could keep on going into his 80s and when you look at East Asian politics the average age of their politicians is a lot older. Moses led the Israelites to the Promised Land at the age of 80, so if Winston really wanted to do it he probably could."