A Christchurch mayoral candidate is campaigning on environmental sustainability, but some of his hospitality businesses don't recycle. 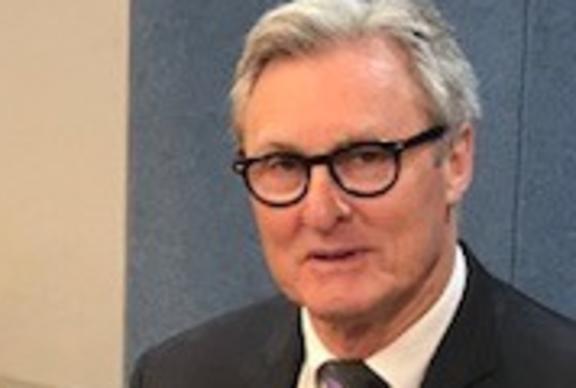 Darryll Park is the co-owner of Oxford Management Services which operates several bars across the city - but three of them don't have recycling bins.

Fat Eddies, Kong and Original Sin on The Terrace in Christchurch have a separate waste area which includes only three small bins which go to landfill.

Businessman Darryll Park has joined the race for the mayoralty campaigning to "Bring Christchurch forward" with transparency for ratepayers and environmental sustainability.

Mr Park owns several bars and restaurants including the three on The Terrace.

He said his sustainability priorities were about being environmentally friendly to the highest level.

"Personally, from my point of view I practise what I preach, my home is geo-thermal, and every aspect of my life is one with an environmental stance and sustainable going forward."

But when he was informed people had come forward with concerns about his lack of recycling bins he maintained his businesses were environmentally friendly, although there was more work to do.

"We have environmentally friendly practices in dealing with chemicals and general practice, but the actual recycling side of life with waste management is a different ball game all together and is one we are addressing - it's a work in progress."

Mr Park said there was not enough space in his central city building complex for comprehensive waste management.

There are ten hospitality venues on The Terrace, all of which except - Mr Park's three - share a rubbish and recycling space.

RNZ understands his businesses on The Terrace were invited to pay to join the shared space but Mr Park declined.

Shortly after being interviewed, he rang back to say someone must've interfered with his recycling bins on The Terrace.

"If you went to the Bealey Ale House and The Bog they have got the three bins, green, red, yellow,

"Now, if someone has changed the bin system at Fat Eddies I will look into that and address that."

Mr Park said he would be sorting it out as a priority.

That was three days ago - as of yesterday there were still no recycling bins at his Terrace venues.