Analysis: Cross-party unity on gun law reform and climate change evaporates, foreign donations to political parties worry the spy chiefs and Parliament whips a bill through in a single day. 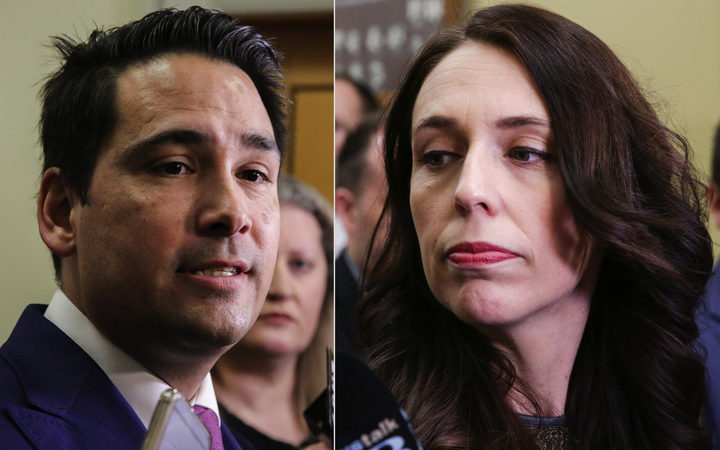 The strong cross-party determination to reform gun laws after the Christchurch mosque attack has evaporated, and National's support for the government's climate change response legislation is in serious doubt.

Details of the second tranche of gun law reform were leaked to National this week and leader Simon Bridges said the changes appeared to target "good, law-abiding people rather than criminals, gangs or extremists".

They would put in place a national gun register, tighter rules for gun dealership licences and stronger penalties for breaking the law.

Mr Bridges said the first set of reforms, which banned military-style semi-automatic rifles, was the right thing to do. But the second tranche goes too far.

That set him against Police Association president Chris Cahill, who urged MPs not to descend into a US-style debate about guns. "This process is not about punishing the vast majority of firearms owners who are law-abiding citizens, it is about making our communities safer," he said. Mr Cahill told Morning Report that dealing with gangs and criminals - which Mr Bridges had referred to - was a different issue covered by other laws.

Climate change was another victim of disunity. National supported the government's flagship zero carbon bill on its first reading but doesn't appear likely to back it any further. Mr Bridges said his caucus was still deciding what to do and there were concerns about the economic impact the bill would have. The most contentious issue is agricultural methane emission reduction, and how fast that should happen. Farmers oppose the timeline, and they're one of National's strongest voter bases.

While the caucus decides what to do, one of its MPs has made up her mind. According to Richard Harman's website Politik, Judith Collins has said she will vote against the bill on its second reading. Unless that turns out to be the party line, Mr Bridges will have a problem - he told RNZ no MP would be given permission to cross the floor on the bill.

Mr Bridges said National will try to change the bill when it comes up for its committee stage, but the government isn't likely to give much away to retain opposition support. It has the numbers to pass the legislation.

Foreign donations to political parties was another big issue this week when the directors of the SIS and the GCSB, Rebecca Kitteridge and Andrew Hampton, appeared before Parliament's justice select committee.

They were there to help the committee with its inquiry into foreign interference in elections but the donation problem had been brought into sharp focus by former National MP Jami-Lee Ross. He gave the NZ Herald documents relating to a $150,000 donation to the party by a Chinese millionaire, Lang Lin, through his New Zealand-registered company Inner Mongolia Rider Horse Industry NZ Ltd.

There was an invoice showing the money was paid into the party's Rotorua electorate account in 2016 - which was known at the time - and details of numerous calls to and from Rotorua MP and then cabinet minister Todd McClay around correspondence with the donor.

National, and Mr McClay, denied any wrongdoing. McClay said he met the donor while he was on a trip to China as trade minister but didn't discuss a donation. "My understanding is that it's a New Zealand company that made the donation and that is within the rules, both of the Electoral Act and New Zealand law," Mr McClay said.

He was right on that, New Zealand-based companies can legally donate to political parties. But it's a murky business, as Ms Kitteridge told the committee: "From the intelligence we have, we know that a foreign donation ban would not, on its own, be an effective way of mitigating the risks. You can see how a foreign actor could easily use a New Zealand-based proxy to work around such a ban." She declined to give examples.

The two directors said they had seen "relationship-building and donation activity" by state actors and their proxies which had concerned them. It was right across the political spectrum.

They told the MPs a more stringent disclosure regime across a wider range of donations would help them investigate suspicious donations.

National released a discussion paper on a raft of policy proposals during the week and also promised to scrap 100 regulations if it wins the next election. And it confirmed it would continue to campaign on raising the retirement age to 67, although that wouldn't happen until 2037. That raised questions for Ms Ardern about whether Labour would revert to the policy it once held to do the same. It was scrapped by Andrew Little when he became leader. The prime minister was in no doubt about where she stood. It was off the table as long as she was leading the governmernt. "I will not raise the retirement age," she said, making the same pledge that Sir John Key delivered when he was leading the previous government.

And Parliament proved it could do things quickly when it wanted to. The bill that will allow bars to stay open so they can show Rugby World Cup matches outside normal opening hours was announced by Ms Ardern on Monday, introduced to Parliament on Wednesday and passed into law that night. Only the Greens voted against it. "How much longer are we going to continue to tag the sporting history of our country, of which I am incredibly proud, to drinking?" asked co-leader Marama Davidson..

ACT's David Seymour called the Greens wowsers and National's Gerry Browenlee had a question for them: "I wonder if all those who are going to turn up to bars to watch the games would be more acceptable in the Greens' eyes if they were having a puff on the old wacky baccy, and rather than looking at the screen just imagining what's going on."