Analysis - The prime minister puts a stake in the ground over petrol prices, National balks at having its election promises costed and the government puts millions into helping the homeless. 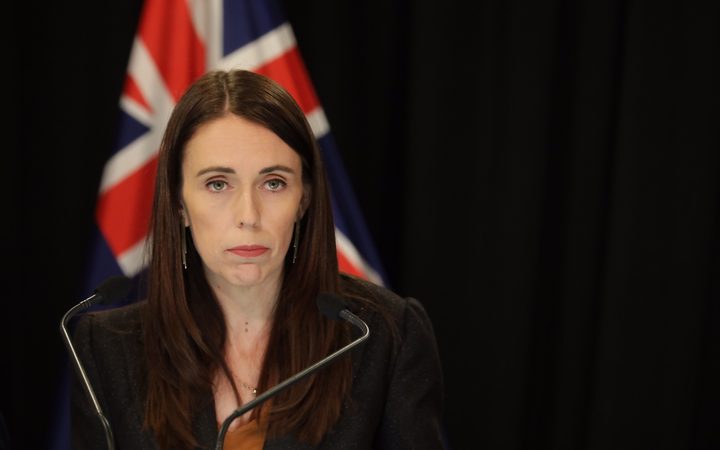 Being able to claim the credit for bringing down the price of petrol would be very good for the government, and the prime minister knows it.

Jacinda Ardern was unusually assertive after the Commerce Commission released its draft report this week, looking determined and angry as she delivered her response.

That's a big commitment, and with election year coming up she'll need to fulfill it.

The 424-page draft report says the big three oil companies - Z Energy, Mobil and BP - are making higher than reasonable profits and there's inadequate competition. In December it will release its final report, with recommendations about what to do about that.

According to reports, the commission is hoping the oil companies will voluntarily ease their grip on supply and allow small operators easier access.

That would be a lot less painful than government intervention, which could mean legislation, and a much quicker solution. The oil companies have said very little and will wait for the final report.

National knows, just as the government does, that this is a vote-catching issue because the price of petrol affects nearly everyone. Party leader Simon Bridges' tactic has been to accuse the government of responsibility for high prices because of increases in petrol tax.

It's a risky strategy and he's vulnerable. National raised petrol tax six times during its nine years in office, increasing the price by 17 cents a litre. So far the government has increased it by 3.5 cents a litre, in September last year, and two more increases of 3.5 cents are set for this year and 2020.

Mr Bridges always lumps in the Auckland regional tax when he talks about Ms Ardern and her government being the "fleecers-in-chief" but the rest of the country doesn't pay that. When he tried this in Parliament, Finance Minister Grant Robertson said he was astonished that National was taking the side of the oil companies against ordinary Kiwis. While that's a bit of a stretch, it's a simple tactic and if the government says it often enough it could stick.

Commerce Minister Kris Faafoi said he expected the big three oil companies to "come back hard" when they respond to the Commerce Commission's findings. He's almost certainly right, they are big hitters with enormous resources behind them. But the fact is, as the commission pointed out, price margins in Australia are significantly lower than those in New Zealand and that's because the companies dominate the supply chain and control the infrastructure.

Mr Bridges asked Mr Robertson in Parliament when the government would take action, and National MPs jeered when he said it would wait for the final report. Between now and then the pressure is going to build, and the end of the year will be very interesting.

Another big issue this week was the government's announcement that it wants to create a Parliamentary Budget Office, a watchdog to cost the election promises political parties make.

It would have "the ultimate level of independence" but that didn't cut it with National.

"They want to illegitimately, undemocratically, screw the scrum on the opposition," Mr Bridges said.

He told Morning Report he just didn't trust the government on electoral matters because it had breached long-standing conventions that there should always be a consensus. His examples of that were same-day enrolment and voting, and the cabinet being given responsibility for the wording of referenda questions.

Just how deep the distrust goes was evident from Mr Bridges' comment that the government was seeking a political advantage by gaining access, via the Treasury, to National's policy plans.

Policy costings are often the most incendiary issue during election campaigns. Remember the row in 2017 when the then finance minister, Steven Joyce, claimed to have discovered an $11.7 billion hole in Labour's carefully-crafted fiscal plan. The argument raged for weeks and Mr Joyce didn't back down despite numerous economists saying he was wrong.

Mr Bridges says National won't have a bar of the proposed Parliamentary Budget Office and will fight it every step of the way. It can't work if National refuses to cooperate, and Mr Robertson acknowledges that. He says if that's the case, he'll find another way. It looks like he's going to have to. Whatever happens, the stage is set for more costing rows in next year's campaign.

A less controversial issue this week was the Government's announcement of a $54 million package to reduce homelessness. It will fund initiatives to support at-risk individuals to stay in their homes and provide additional services to the most vulnerable. Welfare authorities have identified groups of people who have serious difficulties keeping their rented homes, and over the next four years case managers will work with them to sort out their problems.

Also on the housing front, ministers revealed they want to be able to direct councils to free up land for development. This has been a contentious issue in the past, and it seems the government is at last getting down to business. Urban Development Minister Phil Twyford says councils, particularly those in high growth areas, will be given a "clear direction" to loosen their rules.

Mr Twyford has for years said land availability is the main reason for the housing crisis and it appears he's going to do something about it. How effective he will be remains to be seen.