Cut-price petrol company Gull wants the government to free up the wholesale fuel market to bring in genuine competition. 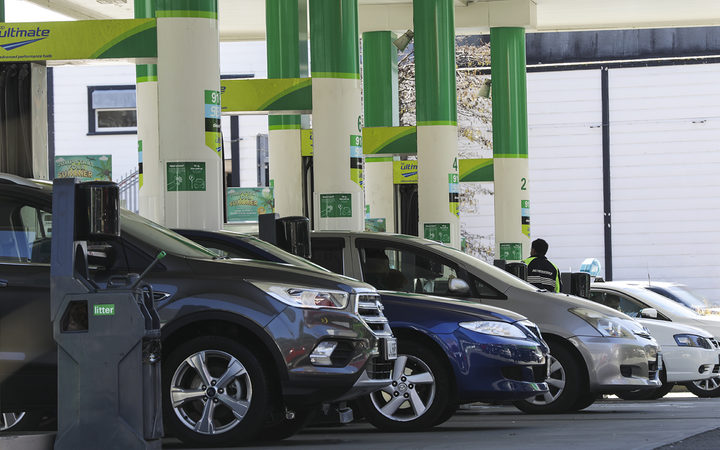 The Commerce Commission has found fuel companies could be getting higher than reasonable returns, in part because of a lack of competition, and motorists may be paying too much.

The commission said a shared distribution network and restrictive wholesale supply agreements prevented rivals from entering the market and limited incentives for the three major players to compete with each other on price.

The supply chain is dominated by Z Energy, BP, and Mobil. They import, process, store and distribute 90 percent of the country's fuel.

The only other importer is Gull which trucks fuel around the North Island from its single terminal in Mt Maunganui.

General manager Dave Bodger agreed there was no active wholesale market across the country.

"That restricts the supply, which inflates the price, especially if you look in parts of the South Island and areas where there's not as great competition; the consumer is paying a lot more than they are in other places.

He said Gull had decided not to build a terminal in the South Island but was working to develop a market where it wouldn't need to.

The Commerce Commission said among the options to improve wholesale market competition would be to enable wider access to the major players' joint infrastructure.

Mr Bodger said that had been done successfully in Australia with a terminal gate-pricing regime, in which companies that own a terminal make fuel available for a fair fee.

"Then you might have somebody who's got two or three trucks, can supply five or six service stations, and that could make a significant difference into markets where those service stations are new entrants."

There's been no official response from the petrol companies but Mr Faafoi expects them to have differences in opinion to the Commerce Commission.

"I'm expecting them to come back pretty hard."

The Commerce Commission findings show that the market is not as competitive as it should be, Mr Faafoi said.

It's first market study the Commerce Commission has been able to undertake and a deep dive in the data from these companies, he said.

Mr Faafoi said fuel discounts like those from supermarket purchases aren't making enough of a difference and lower income households are missing out.

He said New Zealanders directly benefit from government fuel tax but don't benefit from high costs at the pump.

"A lot of New Zealanders are struggling to make ends meet at the moment and if that money can be spent on making sure you can afford your rent or food on the table them I think that that's what most Kiwis would prefer to do."

Motor Trade Association chief executive Craig Pomare said smaller players in particular were often tied into inflexible, long-term contracts that put them at the mercy of the major suppliers.

"If we can see movement on that we think that will be a fundamental game-changer, said Mr Pomare, whose association represents 900 service station owners.

"That will give the independent retailer more choice, and ultimately that will benefit the consumer."

Consumer NZ had been saying for some time that the fuel market was very concentrated, lead researcher Jessica Wilson said.

"We're not seeing the kind of competitive pressures you would see in a market that was open to every competitor that wanted to enter it."

Nick Leggett, head of the Road Transport Forum representing operators of 18,000 trucks, said transport companies would like to see their fuel bills reduced, and want to see a fair competitive market.

"We don't want to regulate business out of the market because at the end of the day the free market is going to be what provides the tension and the competition that makes fuel prices affordable for Kiwis.

"I think if the government chooses to intervene more strongly here they need to be careful and ensure they don't generate unintended consequences."

The Commission will release its final report on 5 December. 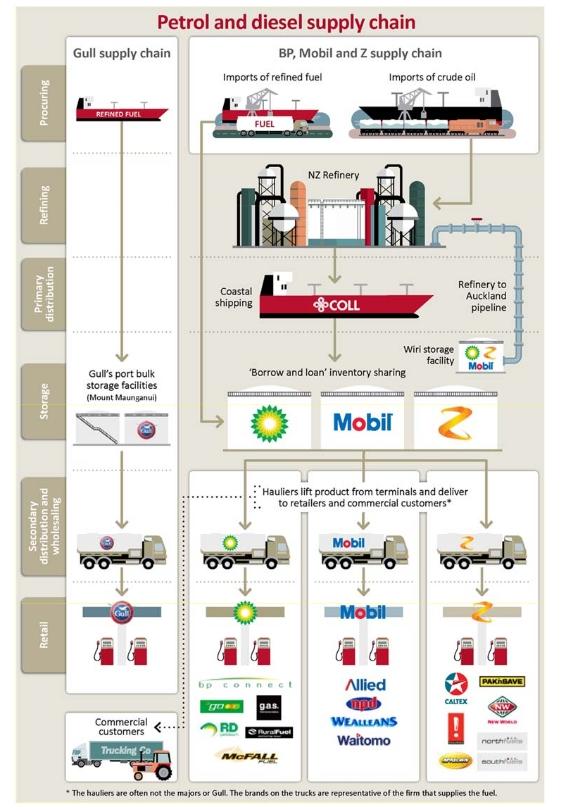