With the cost of borrowing at an all-time low, the government's been told to seize the moment and invest in New Zealand's ailing infrastructure.

The half a percentage point reduction was the biggest single move by the central bank since it slashed rates in the wake of the 2011 Christchurch earthquake.

Finance Minister Grant Robertson said yesterday's slash in the benchmark interest rate was sparked by a crisis in the economy.

He told Morning Report the move was a sign the Reserve Bank governor wants to get ahead of the curve.

His government is already spending significant amounts of money on health, education and transport, he said.

Infrastructure New Zealand chief executive Stephen Selwood said the country's roads and water pipes were in a dire state and something needed to be done.

"All of the economic indicators are looking a bit sad at the moment so it's time for stimulus to the economy.

"It should be a clear signal to investors and to government that the time is right to borrow and invest in infrastructure which will provide ... a kickstart to a long-term catchup on the infrastructure crisis."

He said there would be consequences if the chance was squandered.

"I think the opportunity cost of failure to invest is [already] affecting us on a daily basis. We're seeing congestion in our growing cities, we're seeing water contamination infecting our drinking water systems. 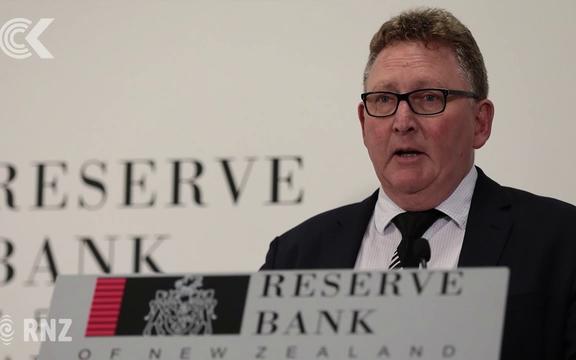 "We've got major risks on climate change threats looking into the future - now's the opportunity to be addressing all of those issues."

Grey Power's National President Mac Welch said the cut would have a huge impact on the elderly - some losing nearly 10 percent of their income.

He said people on fixed incomes had to budget carefully and they would have to make sacrifices to get by.

Some might decide they would have to go without heat during the winter, he said.

Good news for some

But the low cost of borrowing could be good news for those wanting to get onto the property ladder.

Developer Matthew Horncastle from Williams Corporation said he expected to see an increase in the number of first home buyers.

But he said it would also be a boon for mum-and-dad property investors.

"The main thing that's happened, that I think is going to be really big for the property industry, is just the margin difference between rental income and getting your mortgage.

"So let's say by the end of the year you can get a mortgage at 3 percent and without working very hard you can go find a property with a 6 percent rent return.

Infometrics economist Gareth Kiernan said he thinks the Reserve Bank will cut rates again before the end of the year.

But he said he was concerned that if there was an international shock to New Zealand's economy, the Reserve Bank would not have any levers left to pull.

"The biggest problem we have at the moment is that there's not a lot of ammunition left in the tank if something goes really wrong overseas."

"There's all sorts of things that might happen but we've got to wait and see."

Mr Goldsmith said ultimately he wants an economy that grows well and that there is investment to sustain it.

"The concern for us is where is the growth plan for this country."