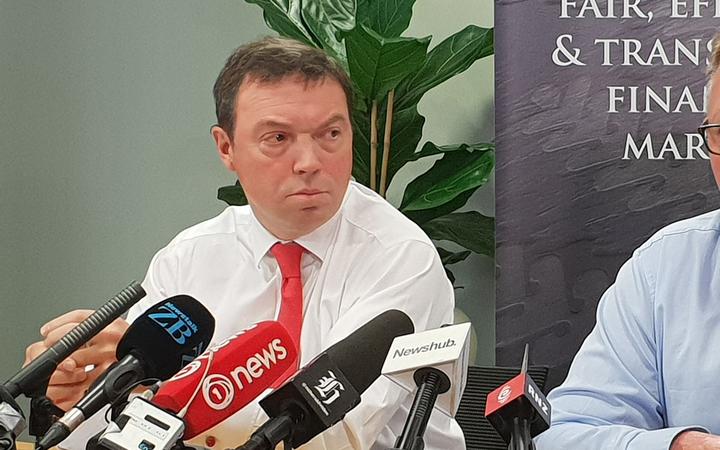 Financial Markets Authority (FMA) chief executive Rob Everett said banks, insurers and market players could not be left alone to do what is best for customers, so it would keep the pressure on.

"If the focus on that behaviour and the treatment of customers is allowed to come off, bad things happen," Mr Everett said.

"So that focus does need to be relentless, it needs to be consistent. That can't be left to the industry to do for themselves."

The FMA regulated capital markets and financial services. Its scope had widened to include banks and insurers following the conduct and culture review it carried out with the Reserve Bank last year.

The review found banks here were not as poorly behaved as their Australian parents, but concluded they did not have adequate systems in place to identify risks to customers, nor had banks fixed issues fast enough when they occurred.

The industry has faced continued scrutiny since then, with some of the banks hitting the headlines, including ANZ over the departure of its chief executive David Hisco over his personal expenses affair.

Mr Everett said the FMA had asked the government for more funding and the power to take immediate action against misconduct in the banking and insurance industries.

He said he was optimistic the government would follow through and introduce new legislation before the next general election.

"In the meantime, we will push as hard as we can on those sectors to try and make sure we put as much pressure on them as we can under the existing remit."

Westpac said on Tuesday it had entered into an undertaking with the FMA to refund $7 million to over 90,000 customers it historically overcharged.

FMA general counsel Nick Kynoch said it would use all of the enforcement powers available to it, which included bringing civil and criminal cases.

He warned its patience was wearing thin.

"We have given participants the opportunity to put in place the appropriate systems and controls," Mr Kynoch said.

"That period has naturally drawn to a close and market participants can expect to see a firmer response to instances of misconduct."

Mr Kynoch said its response to misconduct would vary case by case, but would not rule out action on previous cases.