A high ranking member of the Green Party is stepping down before next year's election, citing the party's drift to the centre as one of the reasons. 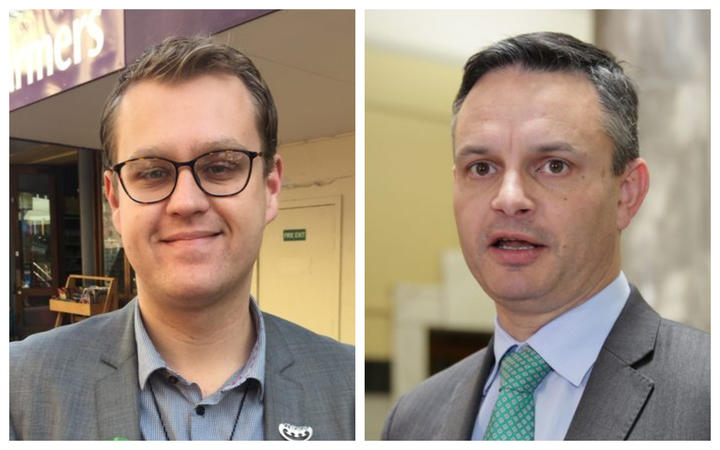 Jack McDonald, left, is unhappy with how Greens co-leader James Shaw is moving the party into the centre of the political spectrum. Photo: RNZ

Ahead of the party's annual general meeting in Dunedin this weekend, Jack McDonald said he would not be running as the Te Tai Hauauru candidate in next year's election.

He would also not be seeking re-election as the Greens' policy co-convenor.

He said the party's direction was one of the factors.

"As an indigenous ecosocialist the last few years have been tough; the 2017 campaign, Metiria's [Turei] resignation, and the continued centrist drift of the party's direction under James Shaw's co-leadership.

"When the IPCC [Intergovernmental Panel on Climate Change] says we have 12 years to save the world from climate catastrophe, we simply don't have time for centrism, moderation or fiscal austerity."

However, Mr McDonald said he would be staying on as a party member, as he believed the Green Party were still the best hope for radical change in Parliament.

But Green Party co-leader James Shaw said for the most part members were delighted with the progress the party was making in government.

"It's certainly a lot better than the alternative," he said.

Mr Shaw said Mr McDonald like most party members, wanted the government to go further and faster on climate change.

But he added they recognised the constraints of an MMP government.