Opinion - The Green Party has been quick to apologise and delete their attack advertisement mocking National leader Simon Bridges, not only for his environmental policies, but also for his accent. But what led the party to make such an ad in the first place? The ad is an example of the global phenomenon of "sneer politics", in which it's fashionable for liberal elites to admonish and ridicule the ordinariness and 'uncouth' elements of political opponents. 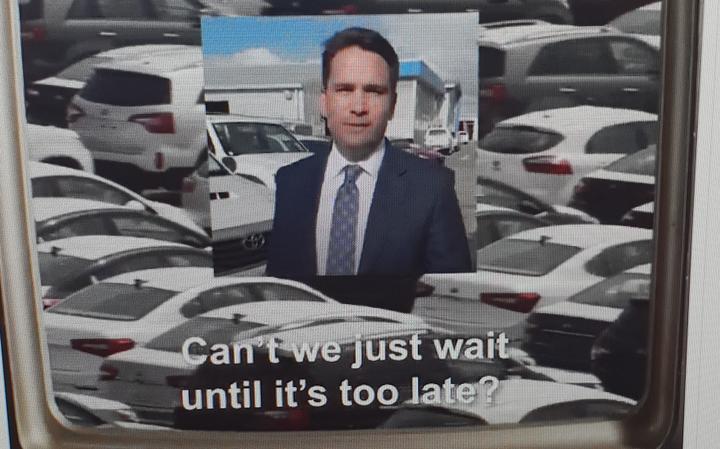 A screenshot from the now-deleted Green Party ad. Photo: RNZ

It's very fashionable in metropolitan and liberal circles to sneer at political leaders considered to be déclassé. The likes of Donald Trump and Boris Johnson are ridiculed not just for their reactionary politics, but also for their rather vulgar or even "common" styles and personalities. We call them "clowns".

Yet these political figures are often very successful for the very reason that they are sneered at. Condescension from liberal elites actually makes them more popular. Famously, when Hillary Clinton labelled Trump's supporters "deplorables" it actually pushed many voters towards supporting the populist candidate for president.

Everywhere, such sneering has helped to widen the gap between liberal elites and the masses who feel belittled and patronised. In Britain, where Brexit voters have been painted as reactionaries and ignorant, the polarisation has simply become further entrenched.

For many ordinary voters, these "outsider" politicians are appreciated because they come across as down-to-earth. Certainly, such politicians attempt to accentuate or cultivate their ordinariness and "play the clown" on purpose. But regardless of the authenticity of these personas, it resonates widely with many voters who are increasingly distrustful of elites and traditional politicians.

New Zealand has its own version of this arrogance, and it's often seen on the left of politics, especially in more affluent and educated circles. The Greens have come to epitomise this phenomenon as a liberal and middle-class party.

It's no surprise that the party thought it was very smart to produce a video mocking Simon Bridges - not only for his allegedly backward views on climate change - but for his broad accent. And it was apt that the video was made for Twitter - a platform well known for its liberal sneering political discourse.

Of course, the video actually fell flat and even Green Party supporters thought it went too far, leading to it being deleted and Green leaders giving some half-hearted apologies. 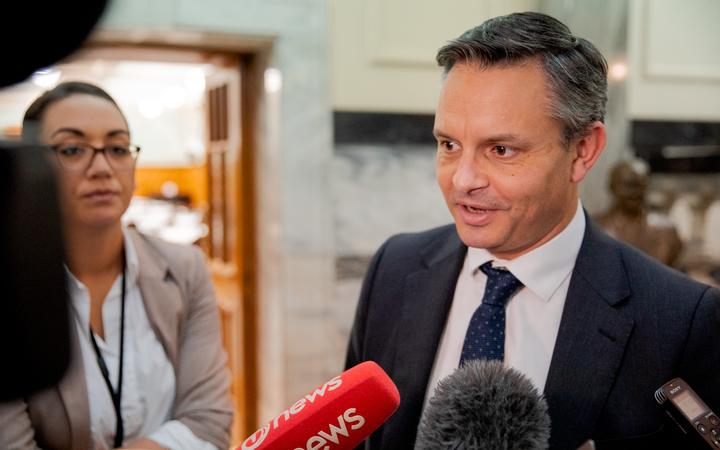 Clearly the Green Party hierarchy - all the people who made the video and signed it off - were blind to how their sneering video would be perceived once it was launched. And that's because of the blind spot that the party often has towards social class.

Although the party considers itself as a party for the poor - and it does emphasise policies that would alleviate poverty - it is a party made up of very middle-class people. The Greens may be good at fostering diversity in their ranks, in terms of ethnicity, gender and so forth, but it always had a problem with finding representation for working class people (as is also true of Parliament as a whole). Even the likes of Sue Bradford - someone with a broad accent to rival Bridges' - felt marginalised by the Greens. It's certainly hard to imagine the likes of former MPs like Bradford or Keith Locke signing off on an ad like this.

The class bias, together with the Greens' liberal inclination towards superiority means it has a blind spot towards working-class and ordinary people. Unfortunately for the party, this occasionally produces outcomes such as this video.

Mr Bridges himself has been seen as a "good sport" in not complaining about the video attack on him. What else could he do? He may even welcome further attacks on his accent - it's possible he would benefit from this.

For the political left to take on their opponents more successfully, they need to get away from the current urge to denigrate their opponents - this has proved to be a dead-end everywhere. Instead the focus has to be on defeating their actual ideas, and on fostering a focus on progressive solutions to the issues of the day. Hence, in the US at the moment, the Democrat Party has mostly learned this lesson, with the likes of Bernie Sanders, Elizabeth Warren, and Alexandria Ocasio-Cortez putting forward some big ideas rather than concentrating on criticising Trump. Such successful leaders are learning to be bold, rather than petty.

* Bryce Edwards is a Victoria University of Wellington academic whose main research areas are in political parties, elections and Parliament.