Prime Minister Jacinda Ardern has doubled down on her criticism of Australia's deportation policy as "corrosive", ahead of her meeting with counterpart Scott Morrison. 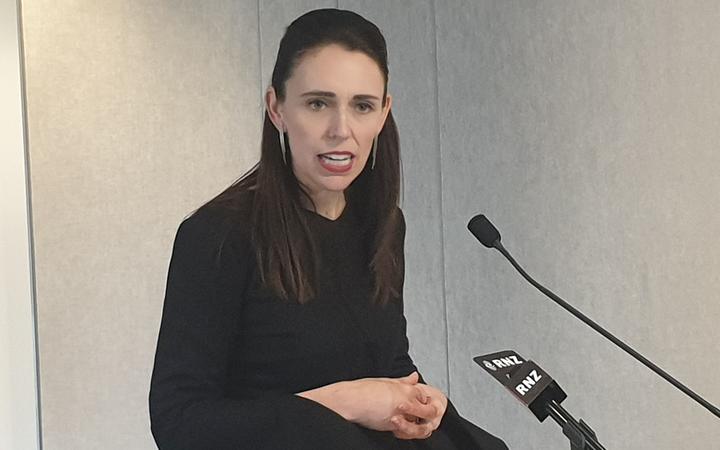 The two leaders will hold talks in Melbourne on Friday to conclude Ms Ardern's two-day trip to the city.

It will be their first sit-down since the Australian Liberal leader defied the polls to secure a third term government in May.

Speaking to reporters the day before the meeting, Ms Ardern singled out the practice of deporting New Zealand citizens even in cases where the person had spent the majority of their life in Australia.

"I consider that to be a corrosive part of that policy and it's having a corrosive effect on our relationship," she said.

"I will continue to raise that," Ms Ardern said.

The choice of language is a callback to when Ms Ardern described the policy as "corrosive" to the relationship in the pair's first formal bi-lateral discussions in February, echoing the words of New Zealand's High Commissioner to Australia Chris Seed the previous year.

The difference is no closer to being resolved, and New Zealand's government was recently accused of failing to back its strong words with action.

Foreign Minister Winston Peters declined to raise the topic when he met his Australian counterpart Marise Payne in Auckland last week, but insisted New Zealand had not given up.

Ms Payne promptly poured water on any prospect of change, telling reporters Australia would not budge.

"There is no intention to review those aspects of our legislation," she said.

Speaking in Melbourne, Ms Ardern she would also continue to raise the plights of New Zealanders living in Australia who struggled to afford the high cost to become a citizen. 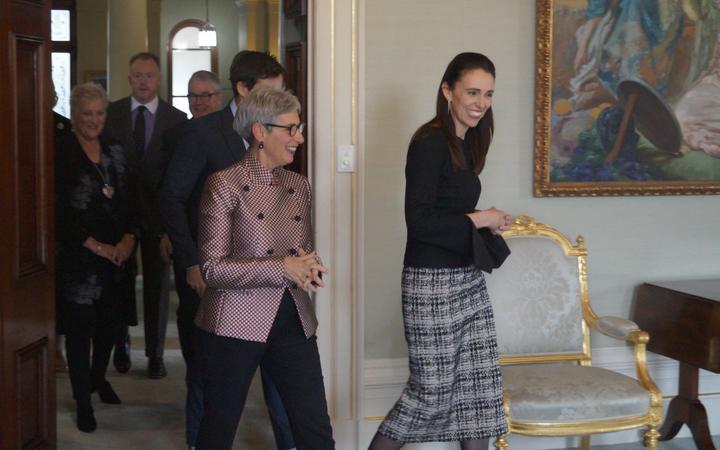 Ms Ardern kicked off her two-day visit to Melbourne by meeting with Victoria's governor Linda Dessau and speaking to investors at a lunch this afternoon. Photo: RNZ / Craig McCulloch

Foreign policy matters - including both countries' Iraq deployment and China's influence in the Pacific - would likely also be discussed, Ms Ardern said.

One topic unlikely to come up was New Zealand's offer to take refugees from Australia's offshore detention centres.

About 1000 refugees remain in indefinite detention on Papua New Guinea's Manus and Nauru, where most have been exiled for almost six years.

New Zealand has a long-standing offer to take 150 refugees, first issued by former-Prime Minister John Key and repeatedly rebuffed by the Australians.

But Ms Ardern indicated she would not reiterate the offer during this visit as nothing had changed.

"The government here obviously knows our position on the issue and... the offer remains."

Ms Ardern also heard from Australian investors at a lunch in Melbourne this afternoon focused on ways of improving business between the two countries.

Australian media have been reporting there are jitters about the New Zealand Reserve Bank's increasingly staunch approach to the major Australian banks and insurers.

This week the Reserve Bank also stopped the sale of AMP's New Zealand and Australia life insurance businesses, but Ms Ardern said that issue was not raised with her at all today.

"The Australian banks, they do quite well out of the New Zealand market. Essentially all the reserve bank is looking at is whether or not enough safety mechanisms are in place.

"As Bill English himself says that there is scaremongering going on in this debate and some of the rhetoric I've heard - I'd probably support that view."