The National Party says the government is refusing to be held accountable for its incompetence in the pre-Budget hack controversy. 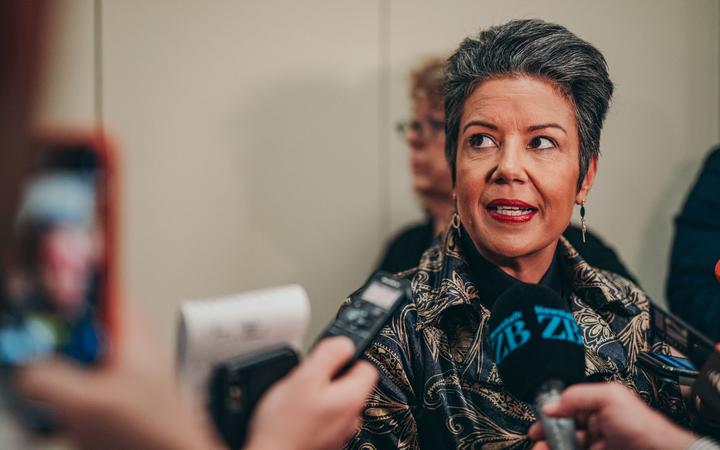 Gabriel Makhlouf has finished up as Treasury Secretary, with his final act apologising for the breach of the agency's website.

In response to yesterday's report, the State Services Commissioner criticised Mr Makhlouf's response to the incident.

The report found Mr Makhlouf was "clumsy", unreasonable and fell "well short" of expectations in his handling of the Budget data breach.

The report was ordered in the fallout of Mr Makhlouf claiming Treasury's website had been "deliberately and systematically hacked" and referring the matter to police.

Police quickly concluded nothing illegal had happened and soon after it was revealed the National Party had uncovered sensitive Budget information by using the website's search bar, and releasing it ahead of Budget day.

The National Party said Finance Minister Grant Robertson was part of smear against it, by acting prematurely and accusing it of hacking.

"From our perspective the very least we should be expecting is an apology to the New Zealand public for the incompetence that's been shown throughout this whole episode."

Mr Robertson said in a statement he was disappointed a breach of the website was allowed to happen.

Mr Makhlouf has been appointed to the role of governor of the Central Bank of Ireland.

"It would have been saying to Makhlouf, to the Irish, to the world and to New Zealand citizens we take this really seriously and we treat people at the top with exactly the same sort of accountability standards that we expect from people further down the chain because this was a really serious exercise of misjudgment on the part of Gabriel Makhlouf."

He said for someone in a top job for so long it was a succession of bad misjudgements and a refusal to listen to other perspectives.

He said Mr Makhlouf apologised for the leak yesterday, which was still being looked at in another inquiry, but did not address the criticisms in the State Services Commissioner's report into his conduct.

"...it's (the report) just relentless really in exposing questions and some pretty negative conclusions about the way he handled those events."

He said Mr Makhlouf's position would have become untenable if he was not leaving the job this week.