Despite predictions it would go down to the wire, the End of Life Choice Bill passed its second reading last night.

Just 20 MPs had the opportunity to debate the bill and many shared personal stories of watching family members die in what was at times an emotional display in the House.

Seventy MPs voted in favour of the bill, while 50 were opposed. It was initially called as 51 votes against, an error that Speaker Trevor Mallard had to correct.

Many MPs used their time in the debate to express disappointment the select committee process had failed to make the necessary changes, like narrowing the bill to only the terminally ill.

For many that was a reason to vote in favour of the second reading, in hope that the next stage - the Committee of the whole House - would allow for those changes to be made.

As it stands, the bill would allow for people in unbearable suffering, with an incurable, grievous condition or who have a terminal illness likely to end their life within six months to ask a doctor to help end their life. 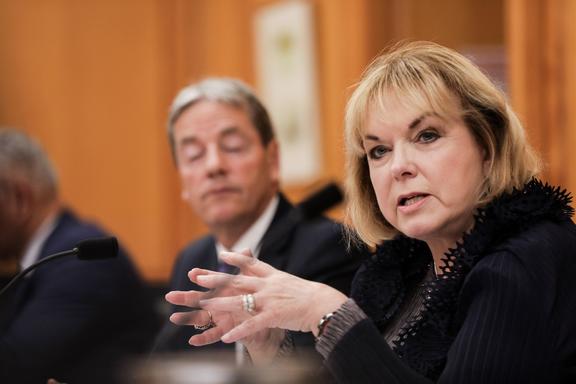 National MP Judith Collins said she held her father's hand 25 years ago as he died with massive amounts of morphine in his system, which he had asked doctors for so he could die with dignity.

She had believed everyone could choose to die that way, and for that reason had previously voted against euthanasia.

Ms Collins struggled through tears as she explained she now realised that isn't the case.

"I've talked to many people about this issue, and it's troubled me for a long time.

"I'm the right side now, to say that everybody deserves some dignity in their lives," she said.

Health Minister and Dunedin North MP David Clark opposed the bill. He said his grandmother attempted to take her own life because she felt a burden on society as someone who struggled with a mental illness.

"My most fundamental concern with this legislation is that sanctioning euthanasia makes it easier for vulnerable people to feel that the most appropriate to take their own life, and that it is very difficult to ensure protection sufficient to preclude this ever happening.

National MP Gerry Brownlee shared how distressing it was having to tell his mother she had little time left to live. He went on to vote against the bill.

Labour's Greg O'Connor gave one of the most fiery speeches of the night, telling MPs to see beyond what he called downright lies about the bill and other conscience vote issues in the past. He voted in favour.

"How many times have issues been debated here that we hear if this goes through, it's going to be the end of it.

"I'll challenge people now what about homosexual law reform?, I was on the other side of that with a religious background, people were opposed to that, what would happen to the world if that passed? I think [in] Invercargill wasn't there an MP there who said there was going to be sodomy in the streets?", he said.

ACT Party leader David Seymour, the bill's sponsor said the vote was a good result, but only half way to getting the legislation across the line.

"I've always been confident that we can make it and getting a few more votes than expected certainly helps my confidence.

"But it's going to be a huge amount of work and then potentially a referendum campaign as well."

Mr Seymour said the next committee stage enabled the bill to be narrowed to apply only to people with a terminal condition.

One of the bill's biggest critics, National MP Maggie Barry, was pleased the opposition side had picked up another six votes since the first reading.

She told reporters many MPs had been seduced by the idea they had to vote it through to the third reading to put more safeguards in place.

Ms Barry said when the Committee of the whole House considered the bill at the end of July "we will start a very big fight indeed".

National's Nick Smith is a vocal critic and said the bill was out of step with a core part of Kiwi culture - respect for human life.

"The cold, calculating clauses in this bill allowing the termination of life of someone who is unwell or disabled, contradicts those basic Kiwi values."

The proposed legislation will be debated part by part in the Committee of the whole House, before its final reading.