The government intends to ease its self-imposed rules around how much money it can borrow, and give itself the licence to take on up to 15 billion dollars more debt, if it's re-elected. 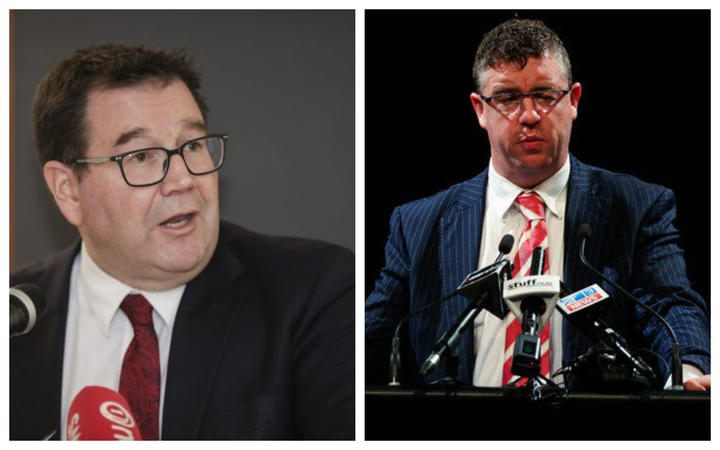 Finance Minister Grant Robertson said the government would likely change its net debt target from 20 percent of GDP, to a range between 15 and 25 percent, in a few years' time.

"We've been given advice [from the Treasury] that it is better to have a range than a specific point. That allows you more flexibility to respond to particular economic conditions," Mr Robertson said.

"I'm very satisfied with our 20 percent debt target, and believe that allows the balance that we want in the economy. This is simply the ability for a future government to have that range to be able to adjust to economic circumstances."

That extra five percent corresponds to about 15 billion dollars in possible borrowing, but Mr Robertson said they're not planning on borrowing that and are comfortable at the current debt level. Mr Robertson said extra borrowing, for example, could be to combat an economic recession, or fund a high value investment.

He spoke of global economic headwinds - a tariff war between the United States and China, slow growth in high income countries, and uncertainty in Europe, largely due to Brexit.

"It's about the balance. It's about making sure we are making those investments, and I genuinely believe we are, with safeguarding ourselves from shocks that do come along from time to time, and to make sure future generations aren't saddled with very heavy levels of debt." 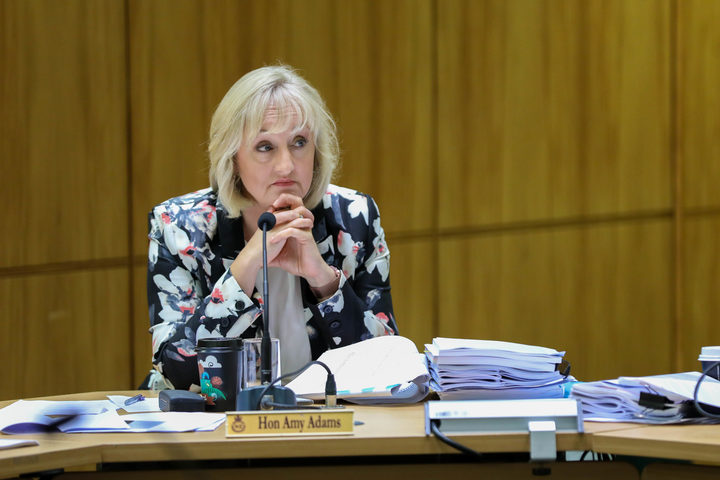 Amy Adams says Grant Robertson has given up any pretence of fiscal responsibility by saying Labour wants to have the capacity to borrow more in future. Photo: VNP / Phil Smith

But National said this is not about a rainy day, or just in case. Finance spokesperson Amy Adams said the government has overpromised and underdelivered, so it was now changing the rules. She said Mr Robertson was giving the government the licence to borrow tens of billions of dollars of taxpayer money.

"They are now short of money, so Grant has, within 18 months, given up any pretense of fiscal responsibility," Ms Adams said.

"He's loosening the purse strings, and is saying, 'Forget what I promised in the campaign, we now can't pay for what we said we'll do', so taxpayers are now going to have to front it."

Bagrie Economics' director Cameron Bagrie said increasing the acceptable debt range was not only OK, it was actually more sensible than a hard target. He said 20 percent was always arbitrary, and the reason for choosing it was more political than economic.

Mr Bagrie said the economy is slowing down and the government shouldn't be afraid to use its strong economic position to administer a fiscal shot in the arm.

He said even if we hit 25 percent debt in a few years' time the books would be in fine shape. "If we're at 25 percent, we are at the world class end of the spectrum," Mr Bagrie said.

"To me, the real focus should be on the quality of expenditure... but where the money is going, where they're investing in, and the sort of return we're getting. It need not be a cash return, it can be a social return."

Mr Bagrie said that's where the question marks are: Is this government making good investment decisions?

"Whether debt is 20 or 25 percent I think is irrelevant."

The loosening of debt limits is not officially a government, or a Labour Party policy - under the Public Finance Act, the government must signal its medium and long-term fiscal intentions. Mr Robertson said if it does adopt this and it's re-elected, it would only be from the 2021-22 financial year.