A woman whose son was killed after being hit by a drugged driver says the Police Minister misled her, and she feels totally demoralised. 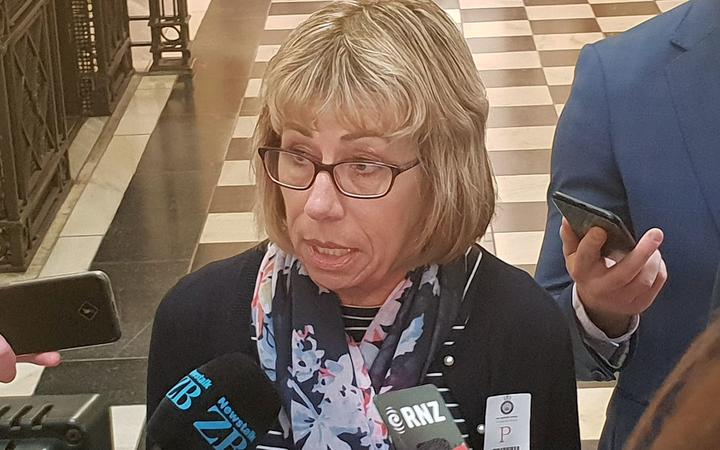 Karen Dow was at Parliament yesterday to present a petition calling for roadside drug testing - a petition Stuart Nash indicated late last year may be unnecessary, as the government was already well down the track.

But yesterday Mr Nash said he couldn't recall saying that, later clarifying a document had only been approved in principle.

The situation came to a head after Ms Dow, whose son Matthew was killed by a drugged driver, yelled at Mr Nash from the public gallery.

Long-serving National MP Nick Smith accused the Speaker Trevor Mallard of being "soft on drugs, like the government". As a result, Mr Mallard named Mr Smith in Parliament yesterday - one of the most severe punishments a Speaker can hand out.

Dr Smith has been suspended for one day, which means he's barred from having his vote cast, from sitting on a select committee, and from even entering the debating chamber.

When she launched that petition at the end of last year, Mr Nash said a discussion document on the topic had already been approved by Cabinet, and would go for consultation early this year.

Ms Dow told First Up she was disappointed by Mr Nash's "lack of memory".

"I felt that we lived in a democratic country and voters should have confidence in MPs and statements that they openly make to the press."

Ms Dow said she had felt encouraged by Mr Nash's earlier indication that the Government was working on the issue.

"For that to be basically retracted is insulting, really."

She said she was also concerned by the way the Speaker "shut things down" and felt that he was biased.

"My understanding is [he's] supposed to be impartial, a bit like a judge in a court."

Ms Dow said Mr Nash needed to "man up" and stand by what he said.

"If you made the comment in error, when things hadn't been formalised, admit your mistake and apologise to New Zealand.

"Not just to me, Mr Nash, because I took your word as a man of integrity, a man representing New Zealand Police, representing Kiwi voters - and we just want transparency."