Finance Minister Grant Robertson says the terror attacks in Sri Lanka are devastating and New Zealand is offering all the support it can. 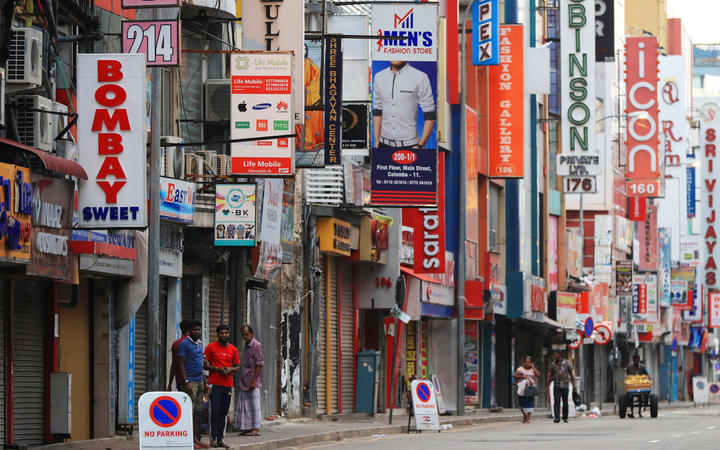 There has been no claim of responsibility for Sunday's attacks but suspicion has focused on Islamist militants in the Buddhist-majority country.

Police said 24 people had been arrested, all Sri Lankan, but they gave no more details.

Investigators said seven suicide bombers took part in the attacks, while a government spokesperson said an international network was involved.

International anti-terrorism experts said even if a local group had carried out the attacks, it was likely that al Qaeda or Islamic State were involved, given the level of sophistication.

"From my perspective, it really doesn't matter if it's a mosque in Christchurch or a Catholic church in Colombo, people of faith have to know that they're safe when they go to worship," Mr Robertson told Morning Report.

"It is actually a position of vulnerability, coming together like that," he said.

Mr Robertson said New Zealand received "tremendous" support from the rest of the world after the 15 March attacks in Christchurch and that it's important the country now plays its part in supporting Sri Lanka.

The Sri Lankan government has temporarily banned access to social media in the wake of the attacks, which has left some international travellers fretting over how to contact relatives. Mr Robertson said he doesn't think a blanket ban is the answer, but it's understandable why they did it.

Mr Robertson said the government is taking a look at New Zealand laws to make sure they're being enforced, but also whether or not they need to be strengthened.

"Ultimately, we need a global response, a regulatory response that forces these companies to recognise their roles as publishers of this material, not just as the postmen as they like to claim," he said.

"The prime minister has been talking to other world leaders and I know that, at an official level, that's going on."

In Christchurch, the spokesperson for Al Noor Mosque, Jamal Green condemned the attacks in Sri Lanka calling it "a mindless thing ... it's deplorable. I cannot understand how people do this".

It was one of the two mosques attacked on 15 March.

Mr Green told Morning Report despite the attacks, "our Friday prayers are really quite crowded, but these unprecedented situations will all play out differently for individuals".

"As a community, we have quite a larger gathering for the Friday prayer," he said.

Some people told him that they "do not fear going back" into the mosque because "on a spiritual level, you go for prayer ... that's your intention".