The Easter Sunday bomb attacks in Sri Lanka which killed 290 people were carried out with the help of an international network, cabinet spokesman Rajitha Senaratne says.

About 500 people are injured and dozens of foreigners are among the dead after a wave of blasts hit churches and luxury hotels across the country. 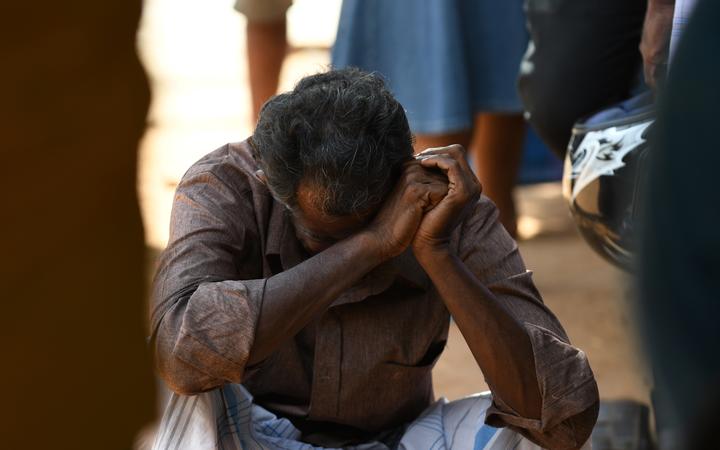 A relative of a Sri Lankan victim of an explosion at a church weeps outside a hospital in Batticaloa in eastern Sri Lanka. Photo: AFP

A nationwide emergency will be declared from midnight (local time) on Monday, the president's office has said.

Police have made 24 arrests and believed most of those involved belonged to a local radical Islamist group.

Meanwhile, another blast rocked a street near a church in the capital, Colombo, on Monday. Azzam Ameen, of BBC Sinhala, said a vehicle used by the attackers exploded as security forces tried to defuse explosives left inside. It is not known if anyone was hurt.

"We do not believe these attacks were carried out by a group of people who were confined to this country," Rajitha Senaratne said. "There was an international network without which these attacks could not have succeeded."

The government was investigating whether the group had international support.

The country is in shock after the bombings, the deadliest violence since the end of the civil war in 2009.

There are reports of social media networks being temporarily restricted to try and stop misinformation spreading.

How did the attacks unfold?

The first reports of explosions came at about 08:45 local time - with six blasts reported within a small space of time.

Three churches in Negombo, Batticaloa and Colombo's Kochchikade district were targeted during Easter services and blasts also rocked the Shangri-La, Kingsbury and Cinnamon Grand hotels in the country's capital. 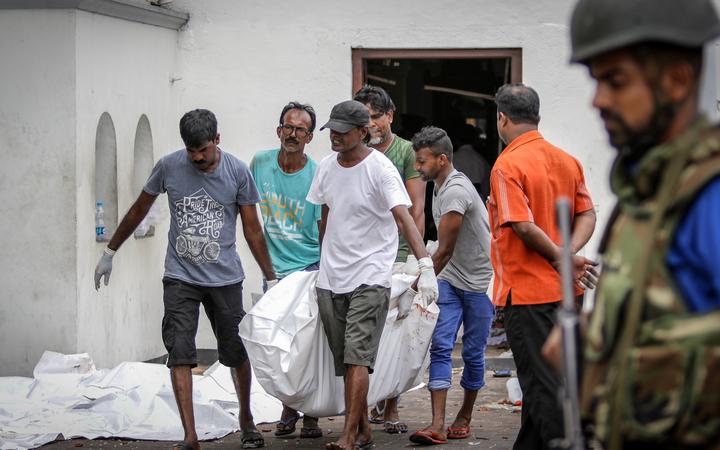 Dead Bodies are carried away for identification in front of the St Anthony's Church. Photo: AFP - Tharaka Basnayaka/NurPhoto

As police hunted those responsible, two further explosions were reported.

One blast hit near the zoo in Dehiwala, southern Colombo, and an eighth was reported near the Colombo district of Dematagoda during a police raid, killing three officers.

Late on Sunday, the air force said an improvised explosive device had been found and disposed of close to the country's main airport in the capital, Colombo.

"A PVC pipe which was six feet [1.8m] in length containing explosives in it was discovered," spokesman Gihan Seneviratne told local media.

What's known about the attackers?

No group has claimed responsibility for the attacks.

Ariyananda Welianga said two of them blew themselves up at the Shangri-La Hotel on Colombo's seafront, and the others targeted three churches and two other hotels.

During a news conference on Sunday evening, Prime Minister Ranil Wickremesinghe addressed rumours that officials had had prior intelligence of forthcoming attacks.

"We must look into why adequate precautions were not taken. Neither I nor the Ministers were kept informed," he said.

"For now the priority is to apprehend the attackers," he added.

Government officials have called for the public to remain calm while investigations take place.

The vast majority of those killed are thought to be Sri Lankan nationals, including scores of Christians who died at Easter church services. 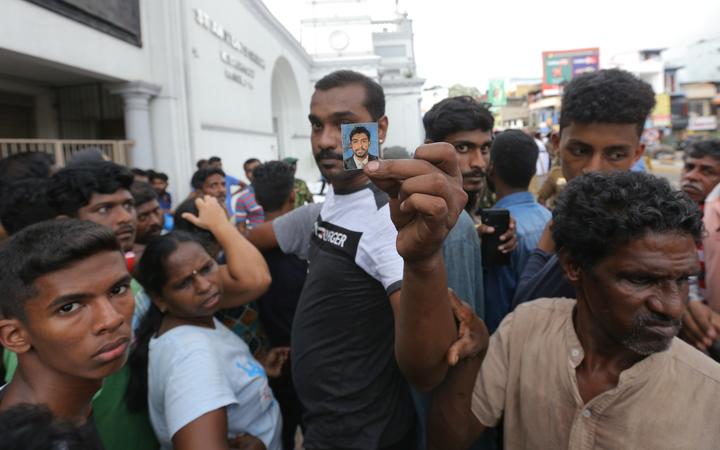 A Sri Lankan catholic devotee holds a blood-stained photograph as people wait to identify dead bodies of their loved ones in front of the St Anthony's Church. Photo: AFP - Tharaka Basnayaka/NurPhoto

The country's Ministry of Foreign Affairs said it believed 36 foreign nationals were among the dead, with most still unidentified at a Colombo morgue.

The international victims include:

*Denmark's richest man and his wife lost three of their four children.

A spokesman for Anders Holch Povlsen's fashion firm Bestseller has declined to give further details but Danish media said the family had been on holiday in Sri Lanka.

How has the world responded?

World leaders have been offering their shock and condolences to Sri Lanka over the deadly blasts.

Several prominent international monuments, including the Eiffel Tower, were dimmed or lit in Sri Lanka's colours in solidarity on Sunday night.

Pope Francis, in his traditional Urbi et Orbi speech at the Vatican, condemned the attacks as "such cruel violence" targeting Christians celebrating Easter.

A spokesperson for UN Secretary General António Guterres said he was "outraged" by the attacks, and expressed his hope the perpetrators would be "swiftly brought to justice".

UK PM Theresa May wrote in a tweet that the "acts of violence against churches and hotels in Sri Lanka are truly appalling".

"Collectively we must find the will and the answers to end such violence," she said.

Ms Ardern said New Zealand condemned all acts of terrorism, and its resolve had only been strengthened by the deadly mosque attacks in Christchurch on 15 March. 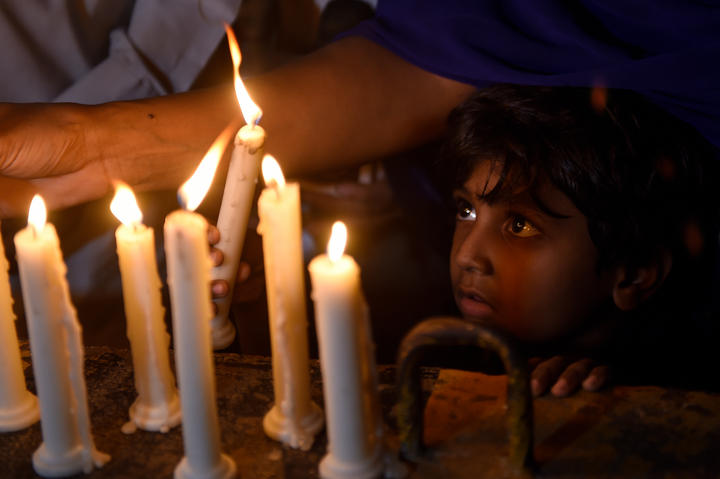 What is Sri Lanka's recent history?

Sunday's attacks are the deadliest seen in Sri Lanka since the end of the country's civil war in 2009.

The civil war ended with the defeat of the Tamil Tigers, who had fought for 26 years for an independent homeland for the minority ethnic Tamils.

The nation has seen some sporadic violence since. In March 2018 a state of emergency was declared after members of the majority Buddhist Sinhala community attacked mosques and Muslim-owned properties.

Theravada Buddhism is Sri Lanka's biggest religious group, making up about 70.2 percent of the population, according to the most recent census.

It is the religion of Sri Lanka's Sinhalese majority, is given primary place in the country's laws and is singled out in the constitution.

Hindus and Muslims make up 12.6 percent and 9.7 percent of the population respectively.

Sri Lanka is also home to about 1.5 million Christians, according to the 2012 census, the vast majority of them Roman Catholic.