Analysis - There is not one specific mention of the threat posed by white supremacists or right-wing nationalism in 10 years of public documents from the Security Intelligence Service or the GCSB. 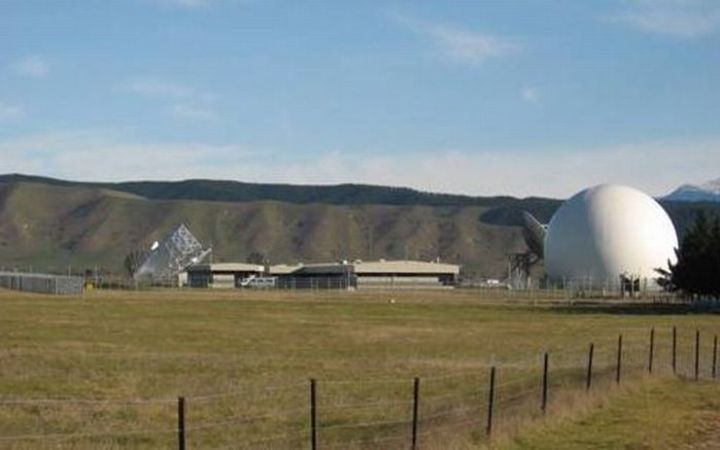 The government will hold a high-level inquiry into whether security agencies ignored warning signs, or put too much focus on the threat of Islamic extremism as New Zealand is left reeling in the wake of the terrorist attack, carried out against Muslims at two Christchurch mosques.

The Islamic Women's Council has said it told the Department of the Prime Minister and Cabinet at a January 2017 meeting of the 'extreme urgency' of its concerns about rising racism and the alt-right, and also alerted the SIS.

Former Race Relations Commissioner Dame Susan Devoy said the response of officials to Muslims over what they see as a growing threat to them had been "diabolical".

She said trying to get public officials to meet them was incredibly difficult, and even when they got in the door, no action was taken and they got little support.

The SIS said the accused gunman, a 28-year-old Australian citizen, had "never been brought to [its] attention" and was not known to the SIS or its Australian counterpart. 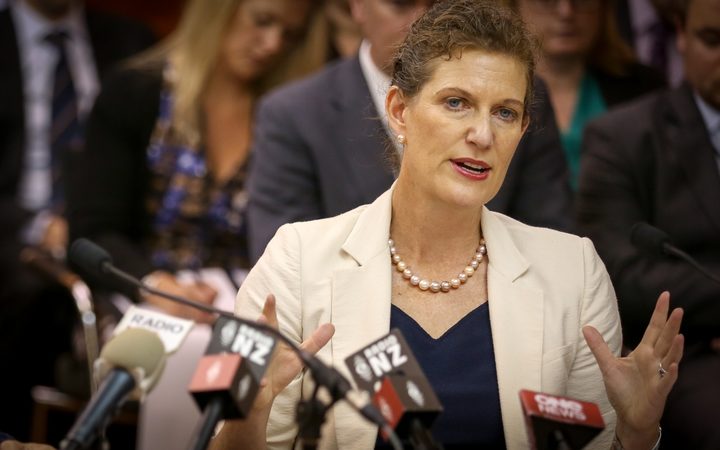 In a similar vein, the electronic spy agency the GCSB said it had "not collected or received from partners any relevant intelligence ahead of the terrorist attacks".

But the SIS did say over the last nine months it had "increased its efforts to obtain a better picture of the threat posed to New Zealand by far right extremist groups".

RNZ has examined 10 years of annual reports and ministerial briefings and the threat of right nationalists is never specifically mentioned.

There is a heavy focus on Islamic fundamentalists, in the context of several terrorist attacks in other countries and conflict in the Middle East and parts of Africa.

But there have also been attacks on the Muslim community, including the killing of six Muslim worshippers in Quebec in 2017, regular attacks on individuals and anti-Muslim demonstrations across the world (including in New Zealand and Australia) and anti-Muslim rhetoric given high profile by the US President Donald Trump. 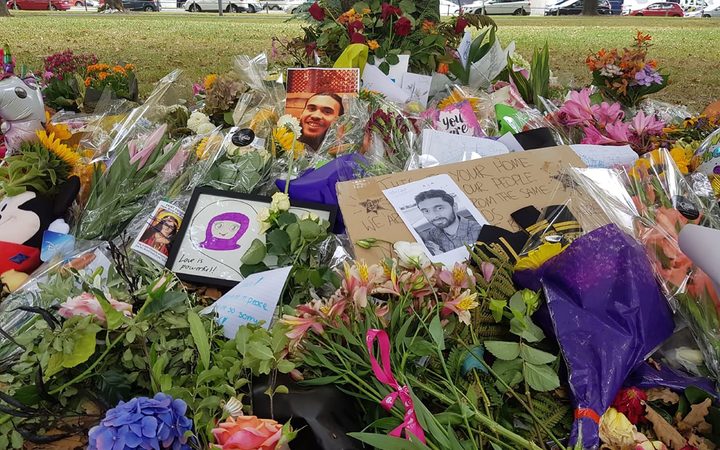 Right-wing extremism was briefly mentioned for the first time publicly by the Director-General of the SIS, Rebecca Kitteridge, in her opening comments to Parliament's Intelligence and Security committee last month.

In their 2017 briefing to the minister responsible for New Zealand's intelligence agencies, Andrew Little, the two agencies said the "counter-terrorism environment in New Zealand is still dominated by the influence of the so-called Islamic State of Iraq and the Levant (ISIL)".

At any one time over the past three years, they said, there were 30 to 40 people on the counter-terrorism risk register, assessed to be an "actual or potential threat to New Zealand related to terrorism", including an attack on New Zealand soil.

"Violent extremist ideology and messaging ... continues to resonate with a small number of individuals in New Zealand", the briefing said, before going on to refer to people under investigation for supporting ISIL.

The minister responsible for the SIS and GCSB, Andrew Little, said today the agencies started looking seriously at the threat posed by far-right extremists in the middle of last year.

That was in response to information from overseas partners, and events in other countries, he told reporters at Parliament.

"We made the judgement, we are not immune from this, we need to have something done about it.

"Which is why they started a discrete piece of work on assessing that as a specific risk, that work is still not completed', said Mr Little, and that will be part of the government's response to national security risks.

It was always a challenge for agencies, to differentiate between what looked like online rhetoric and real physical threats to safety, said Mr Little.

"The agencies got to a point last year where given the rhetoric and given the actions in other parts of the world it was time for us to develop a discrete and explicit response to this particular type of violent extremism."

It was a combination of both getting a picture of the broader issue itself in New Zealand, as well as investigating particular individuals, he said.

"It's certainly doing the assessment, the 'threatscape' assessment, but also during that time, and indeed before, the agencies have received tip offs and each one of those has been taken seriously and followed up on."

In the most recent SIS annual reports there are repeated references to "the influence of terrorism and radical ideologies" and a "small but concerning number of New Zealanders continue to engage with this often violent online content and radical ideology" presenting a risk to others, but they are invariably alongside commentary about ISIL and Islamic extremism. 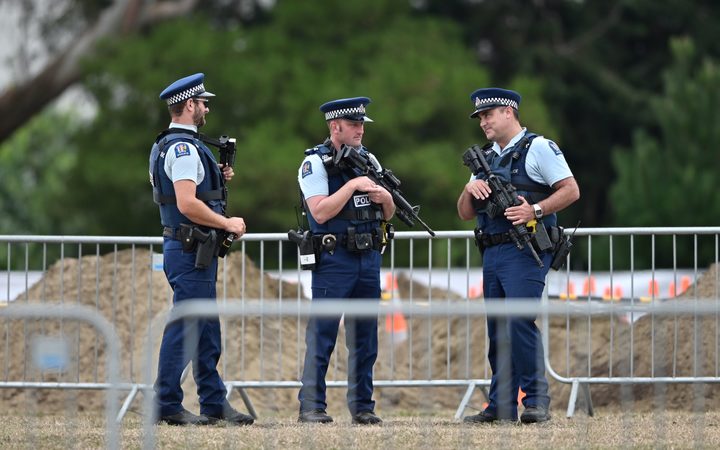 Between 2008 and 2011 the references to terror threats in the SIS yearly reports were relatively general.

However, in its 2012 Annual Report it talked about a terrorism risk assessment which found that, overall, terrorism presented a "relatively low threat to New Zealand, and New Zealanders are at greater risk of becoming inadvertent victims of terrorist attacks offshore than being directly targeted".

It added Islamist extremist terrorism was likely to "continue to be a significant threat to Western interests, at least in the medium term".

From 2013 there was an increasing focus on the Middle East, seen as "considerably unstable, with significant potential implications stemming from the conflict in Syria".

"Of particular concern currently is the attraction for a small number of New Zealanders to join in these conflicts, and the potential impact on New Zealand's domestic security environment once these individuals return home", noted the SIS in its annual report that year.

That would continue to be dominating theme, right through to the present day.

"On the terrorism front, in spite of the Islamic State of Iraq and the Levant (ISIL) losing most of its physical territory, the influence of terrorism and radical ideologies remains persistent in the online sphere where it is easily accessible to anyone", Ms Kitteridge said in the latest SIS annual report.

"A small but concerning number of New Zealanders continue to engage with this often violent online content and radical ideology, which presents a risk to others." 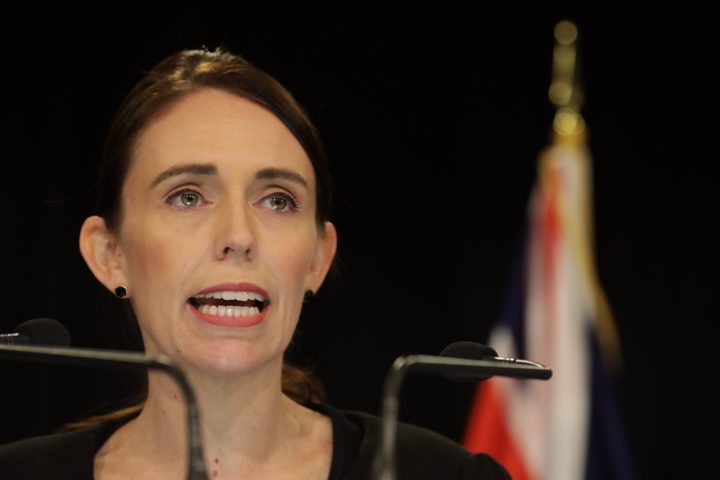 Prime Minister Jacinda Ardern has yet to release the terms of reference for the inquiry, and whether it will take the form of a Royal Commission, a public inquiry or a ministerial inquiry.

But Ms Ardern has said it will look into the specific circumstances that lead to the mosque attacks and what the relevant agencies knew about the individual and the accused's activities, including his travel movements and usage of social media usage.

It will cover SIS, the GCSB, NZ Police, Customs and Immigration.