Commerce and Consumer Affairs Minister Kris Faafoi has ruled out the idea of a state-owned insurance company becoming a reality any time soon. 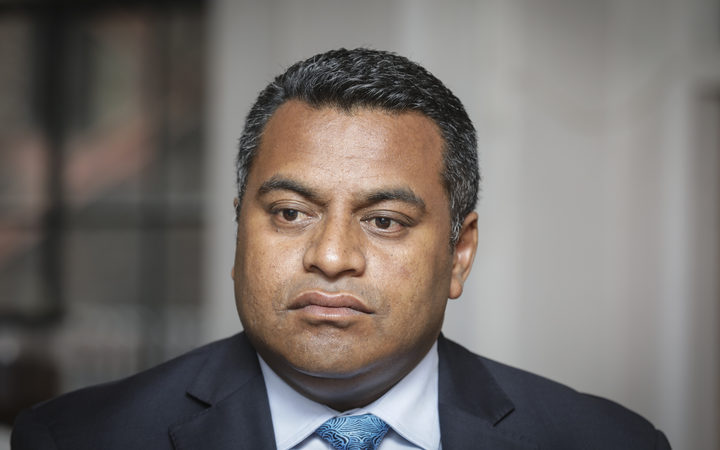 Concerns have been raised about the future availability of home and contents insurance for Wellingtonians, now that IAG is taking on fewer new customers there.

IAG made the call on the grounds it needs to reduce its exposure to risk from earthquakes, and confirmed it changed its policy to prioritise existing customers over new ones but has insisted it is not a blanket policy.

Mr Faafoi said a state-owned insurance company was far off from becoming reality.

However, he said there were still other market players and he urged people to shop around for their insurance.

"What I do think the sector as a whole needs to do is to communicate much better with its customer base about how it might be thinking about assessing this differently," Mr Faafoi said.

"Also, if [the insurance sector is] going to change a stance on a particular type of policy, it needs to do it so that it doesn't surprise the hell out of consumers."

New Zealand First leader Winston Peters called for a government-run insurance company in the past, and he still questioned whether the market could deliver affordable insurance to people in Wellington and other at-risk regions.

However, he said as Deputy Prime Minister in a coalition government he could not make definitive statements about a state-owned company without consulting ministerial colleagues.

Real estate agent Nicki Cruickshank said it had been harder to get insurance in Wellington over the last six months and premiums had doubled in the past one or two years.

There was another company in the city that was indicating it would follow IAG's lead, she said, but would not say which one.

"We're hoping that some new players might step into the market but it's certainly not easy for purchasers. It's becoming one of the most difficult things in purchasing a house."

However, she said those who could not get insurance could not then get a mortgage, and that likely meant slightly fewer buyers trying to purchase each house in the future.

"There's a couple of apartment complexes in the city that can't get insurance for natural disasters so, therefore, people will not get mortgages on those apartments, and they become unsaleable. So, it is a real problem."

Interest.co.nz editor Gareth Vaughan said the Commerce Commission's decision to let IAG acquire insurance firms AMI in 2012 and Lumley in 2014 was a mistake.

"This has lessened competition"

He said other parties would have been interested in buying AMI, given that the government had taken the liability for its outstanding earthquake claims.

Mr Vaughan said the Commerce Commission had since been tougher on allowing mergers, for instance blocking Xero from acquiring Tower in 2017.