New Zealand First MP Shane Jones has defended comments he made in Parliament about the Serious Fraud Office and its investigation into National Party donations. 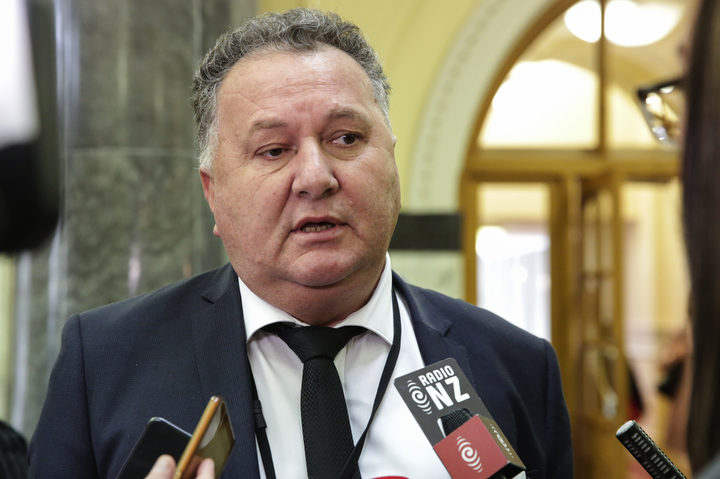 Shane Jones has been criticised for comments he made in Parliament about the Serious Fraud Office. Photo: RNZ / Richard Tindiller

He also has the backing of his leader and Deputy Prime Minister, Winston Peters.

During general debate Mr Jones said he would "study every single step they take" to ensure it was not a whitewash.

National Party MP Paul Goldsmith said that was an extraordinary comment to make, given the convention politicians should have no influence on the way law enforcement agencies carry out their business.

Mr Jones has a habit of hitting the headlines, but that has not stopped him continuing to make controversial comments.

The latest was about the SFO and the National Party investigation during Parliament's general debate.

"I make a prediction: the Serious Fraud Office, once unwisely sicced by that side of the House on to our Leader, knows we will study every single step that they take, to ensure, because it's the National Party, it's not whitewashed.

"We will ensure that happens, this is incredibly serious and people may very well go to jail, because they won't have offended the Cabinet Manual; they will have broken the law", said Mr Jones. 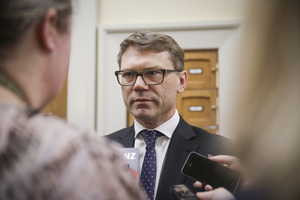 Mr Goldsmith told Parliament that was an outrageous thing to say.

"He seemed to say that they will ensure-presumably, 'they' being the government of the day-that the Serious Fraud Office does a thorough job on our leader.

"That would be an extraordinary statement to make.

"Is he now saying that he is going to guide the SFO, which is an independent statutory body on the police doing their work ... that's a very interesting thing to be saying, for a Minister of the Crown, and I'd counsel Mr Jones to be a bit more careful with his language."

On his way into Parliament today, Mr Jones said his remarks had been blown out of proportion.

"As a parliamentarian, I'm totally within my rights to say publicly we expect such an organization to be both robust and thorough.

"Paying attention is a key part of being a parliamentarian", he told reporters.

His leader Winston Peters said Mr Jones had not overstepped the line.

"What he said was that may be watching this inquiry with great legal acuity as we watch all inquiries - no more, no less."