The trust behind a Hokianga cultural centre says Minister Shane Jones was always supportive of the project - but never part of it.

Shane Jones declared a conflict of interest in the Manea project when he became a minister in 2017. Photo: VNP / Phil Smith

The National Party has slammed Mr Jones over revelations he sat in on a meeting where funding was approved for the Manea Footprints of Kupe building, claiming he was part of the project.

Mr Jones declared a conflict of interest in the Manea project when he became a minister in 2017, but in 2018 attended a meeting where $4.6 million from the provincial growth fund was approved. 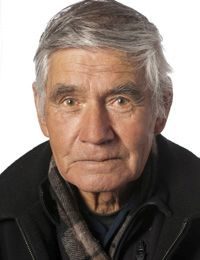 Senior Hokianga kaumātua John Klaricich said Mr Jones was one of many politicians whose support the trust had sought over the years for the project.

He said that as a northern MP, Mr Jones understood the importance of the cultural and education centre to the Hokianga, and supported the trust's aspirations.

But Mr Klaricich said Mr Jones was never a member of the trust or practically involved.

"Shane had no involvement in the planning... but whenever he was in the area, we took the opportunity to canvass our cause with him."

The trust had lobbied MPs of all political stripes about the Manea project, Mr Klaricich said.

"The most encouraging hearing we had was from a National lady MP from the South Island, Nicky Wagner."

Mr Klaricich said the Manea project was approved in the Northland Regional Economic Action Plan, and he had discussed it with then-PM John Key, who had been helpful.

But National's tourism agency had questions about governance and would not fund it, Mr Klaricich said.

The Manea project has since come under the control of Far North Holdings, the commercial arm of the District Council, along with other projects receiving grants from the Provincial Growth Fund.

They include the Russell Wharf development and Kerirkeri Airport expansion.

Mr Jones has said he took no part in the funding decision for the Manea project but informed his Cabinet colleagues at the meeting of the council's involvement.

The Prime Minister says she has no intention of sacking Mr Shane Jones over the claims of a conflict of interest.

Speaking at her weekly Post Cabinet briefing Jacinda Ardern said he declared the conflict of interest and had managed it.

"And so I believe he's followed the guidance that he's been given, and therefore I have confidence in him."

But Ms Ardern said leaving the meeting when the grant came up would have helped the situation.

"As he's already acknowledged, leaving the room would have certainly helped in this situation. But he has, in fact followed all of the advice he was given around managing the conflict", she told journalists.

He was not a decision-making minister, she said, "he did not officially receive the briefings on this case, the decisions were with other ministers".

Ms Ardern was asked what she thought of a senior minister calling the Stuff journalist who had covered the original story a "bunny boiler" on Morning Report.

"A bunny boiler? I could not clarify what the intent of that statement was, you'd have to ask minister Jones... I don't make a habit of trying to interpret what minister Jones means by certain statements."

She was also asked about other comments made by Mr Jones that he would "have more to say" about the journalist during question time; as an MP Shane Jones has parliamentary privilege when speaking in the House.

Ms Ardern issued a pre-emptive warning saying, "I would advise against doing so".