The Minister of Veterans Affairs Ron Mark has expressed regret over comments interpreted to mean he'd cut off funding to a veteran's organisations if its members didn't support his party, NZ First.

In December, Mr Mark told an event for the organisation No Duff - which provides support for veterans - that New Zealand First would get more votes if defence force members voted for the party.

He also said No Duff received $25,000 funding thanks to him - and said he hoped the group recognised the responsibility that came with that money.

Aaron Wood from No Duff said Mr Mark's speech was at odds with the tone of the event.

"When he delivered his speech, that was a bit surprising to us. It was not what we were expecting. We weren't expecting anything, to be honest. He had asked to make a speech ... but that was a little surprising.

"We are an apolitical organisation, we were very clear about that from day one ... we have only spoken to [Mr Mark] four times ... so we haven't had a lot of dialogue and his public comments about No Duff have been positive and supportive ... so this wasn't that. The theme and tone surprised us."

Mr Wood felt Mr Mark had possibly misunderstood what the event had been about.

Mr Mark says his comments were taken out of context and said he wasn't canvassing for votes.

However, he acknowledged he could have chosen his words more carefully.

Mr Mark told Checkpoint what he meant by his remarks about funding was that "there is a responsibility when any non-government agency receives government funding to account for that, to make sure they deliver on the service that they have been ... asked to deliver on". 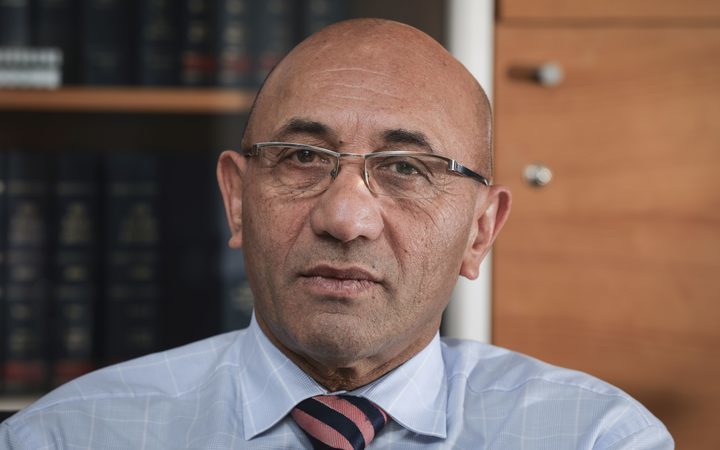 The Minister for Veteran Affairs and for Defence, Ron Mark. Photo: RNZ/Rebekah Parsons-King

He said he had been questioned by Prime Minister Jacinda Ardern about what took place.

"I told her in hindsight, looking back at it, I could have been tighter - and I will be in future - and I will learn from this."