Political pressure is mounting over whether it's tenable for Dame Jenny Shipley to keep two high-profile director positions in the wake of a High Court ruling.

Yesterday, the court ruled that collapsed property and construction company Mainzeal traded while insolvent for nine years and has held some of the directors, including Dame Jenny, liable for $36 million for letting it happen.

The former prime minister is liable for up to $6m and still holds several senior director positions, including chairperson of the China Construction Bank NZ and executive board member of The New Zealand China Council.

Sources have told RNZ that Dame Jenny's role on the executive board of The New Zealand China Council had already been an item of discussion amongst senior Cabinet ministers in light of yesterday's court judgement.

The council receives approximately two-thirds of its operational funding from the government through an annual grant from the Ministry of Foreign Affairs and Trade. 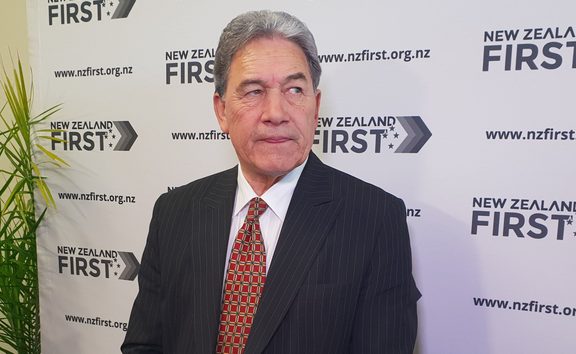 The Foreign Affairs Minister Winston Peters is in the Pacific with a delegation of MPs this week but it's inevitable Dame Jenny's future on the council will be reassessed in the coming weeks.

The council was set up in 2012 as part of the government's China strategy. It operates as a cross-sector group on matters related to the New Zealand-China relationship.

Dame Jenny's role as chairperson of the China Construction Bank New Zealand - a subsidiary of the China-controlled bank - is also being looked at.

The Reserve Bank oversees the registration of banks in New Zealand. In response to whether Dame Jenny remained a suitable chairperson, a spokesperson said: "We'll read the court judgement with interest.''

Mr Peters has been highly critical of Dame Jenny in the weeks leading up to the Mainzeal decision, calling into question her competence to be chairperson of a bank - citing the BNZ crisis in the early 90s at the time she and Mr Peters were both part of the National Party.

A pro-China reform article with Dame Jenny's byline caused controversy last week after it appeared she had written the opinion piece at the height of speculation the coalition government's relationship with China was strained.

Dame Jenny was criticised by Mr Peters after the opinion piece appeared on the Chinese state-owned media outlet, People's Daily.

When asked by reporters last week to comment on the article, Mr Peters questioned her credentials to chair the China Construction Bank NZ.

"It is actually extraordinary that someone who has so little knowledge of banking, for example, should be in the second biggest bank in China," Mr Peters said at the time.

Dame Jenny later denied writing the piece and the media outlet confirmed the article was based on an earlier interview she did with People's Daily.

The newspaper didn't reply to RNZ's enquires about the authenticity of the article at the time and Dame Jenny has refused to answer questions about whether the piece was an accurate account of her interview.

The outlet has since updated its webpage saying "the article is based on the interview by a journalist with People's Daily in December 2018".

The article, titled 'We need to learn to listen to China', praised China's reforms and contributions to the world's economy during the past decades.

It spoke highly of the more recent Belt and Road initiative, calling it a "forward-looking idea" which "has the potential to create the next wave of economic growth".

"While China continues to think about how it can open wider to the world, we should learn to listen to China," it said.

"We need to work with China, the second largest economy in the world, globally to find ways to explore the future and move forward together."

Dame Jenny could not be reached for comment last night.