Dame Jenny Shipley concedes she, and the rest of the board of failed construction firm Mainzeal, never sought expert legal advice about whether they'd be able to secure money they needed from China. 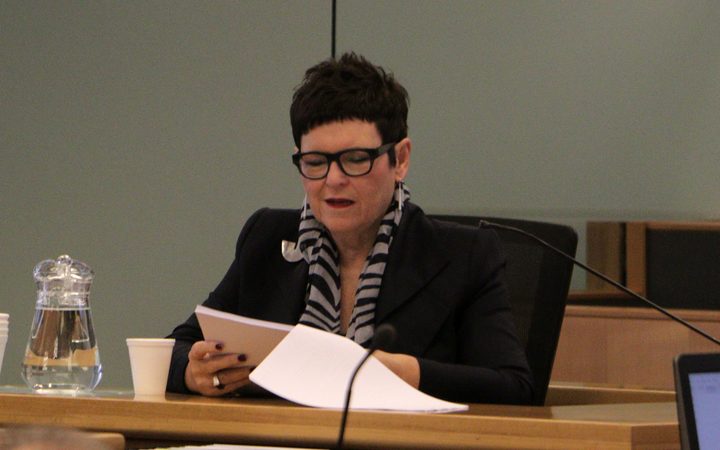 Mainzeal continued to trade and take on expensive contracts with the understanding its parent company would bankroll the New Zealand operation.

While the country's attention was on her former National Party colleagues in Wellington, Dame Jenny faced a full day of scrupulous questions in the High Court at Auckland.

The former prime minister wasn't shy of correcting her inquisitor, the lawyer Mark O'Brien, on his assertions about the actions of Mainzeal's directors in the lead-up to its 2013 collapse.

She strenuously argued that the board was confident it would be financed by Mainzeal's parent company, Richina.

"I had no reason to believe that was a possibility because everything the [Richina] directors said to me was that they would find ways to continue to support Mainzeal," she said.

As it transpired, Richina wasn't able to provide Mainzeal with the finance it needed because of regulatory difficulties getting money out of China.

Mainzeal's directors didn't know they'd face these issues and therefore struggled to get the company out of the red.

After some to-ing and fro-ing with Mr O'Brien, Dame Jenny conceded they didn't get advice from a Chinese lawyer about the transaction.

"We did not engage a Chinese lawyer," she said.

The fact was, said Mr O'Brien, any promise from Richina that it would provide the cash Mainzeal needed was meaningless.

"They gave you what was, in effect, a useless piece of paper," he said.

She was unwavering in her position that the Mainzeal board had acted entirely appropriately and maintained that her biggest concern was for the company's creditors.

"There are always risks in a business like this when it is in transition," she said.

"There was no risk at that stage in the minds of directors that the substance of the assetts couldn't support the repayment of that."

In another development today, it was announced that one of the defendants, Siew May Kwan, has reached a settlement with the plaintiffs.

When Mainzeal collapsed it owed creditors more than $117 million.