It is impossible to speculate whether Mainzeal's collapse would have been less disastrous if it had occurred earlier, says the lawyer for Dame Jenny Shipley and three other directors of the failed construction firm 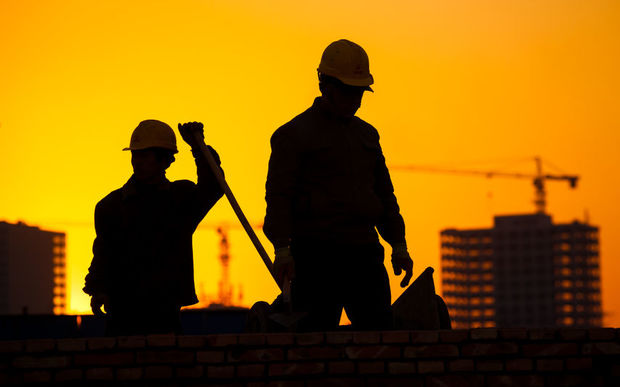 Mainzeal Property and Construction was a giant in the construction world and its collapse led to hundreds of job losses and caused unsecured creditors to lose tens of millions of dollars.

Justice Francis Cook has been trying to unpick the hugely complex circumstances that led to Mainzeal going into liquidation.

The lawyer for the out-of-pocket creditors, who are suing Mainzeal for $75 million, has laid much of the blame at the feet of the company's high-profile board of directors.

After two days of hearing about "systematic governance failures" and reckless trading by the board, Justice Cook today heard a very different story from the directors' lawyers.

Jack Hodder, who is acting for Dame Jenny and three other former directors, said the collapse was disastrous, but it was not unusual for companies to go into liquidation.

He also pointed out that a degree of risk-taking was an inherent part of doing business.

"Of course no-one disputes that the termination of Mainzeal's operations with receivership and then liquidation in early 2013, was a disastrous for a number of people, including unsecured creditors, for whom always has the first thoughts of sympathy."

Mr Hodder said the plaintiff's assertion that the directors knew - or should have known - that Mainzeal's future was untenable long before it went into liquidation was speculative.

"Hindsight is one of those things that everybody can reasonably quickly say, 'Of course we can't use hindsight', and then moves on and applies hindsight. So our proposition is that it's an easy and dangerous mistake to think that what makes sense with hindsight made sense as events unfolded."

Mr Hodder called Dame Jenny and the other directors intelligent, thoughtful and conscientious people who took their responsibilities seriously.

He said the company's collapse was unlike most such cases.

"This is an unusual case. Most cases something goes serious wrong, you can identify what it is and ignoring it is reckless. Here we have something quite different: we have a very long period of trading, right up to the end in 2013. And even in 2013 good there were attempts by individuals to keep on going, because there was good reason to do so."

It has been claimed that Mainzeal gave millions of dollars in loans to an affiliated company and did not take appropriate steps to recoup debts when it was not paid.

The court was told yesterday that it should have been apparent as early as 2008 that it would not get the $33 million it was owed.

The directors had been counting on Mainzeal's parent company, Richina, to provide the finance it needed, but this never happened.

It had continued to take on large construction contracts, while leaky building claims against Mainzeal continued to stack up.

Lawyer David Chisholm, who is acting for former director Richard Yan, said the directors had acted appropriately in trying to generate cashflow for Mainzeal to try to get it out of insolvency.

The hearing is expected to take at least another six weeks.