Power Play - Simon Bridges has held on to the National Party leadership as a testing year draws to a close, but how secure is his position? 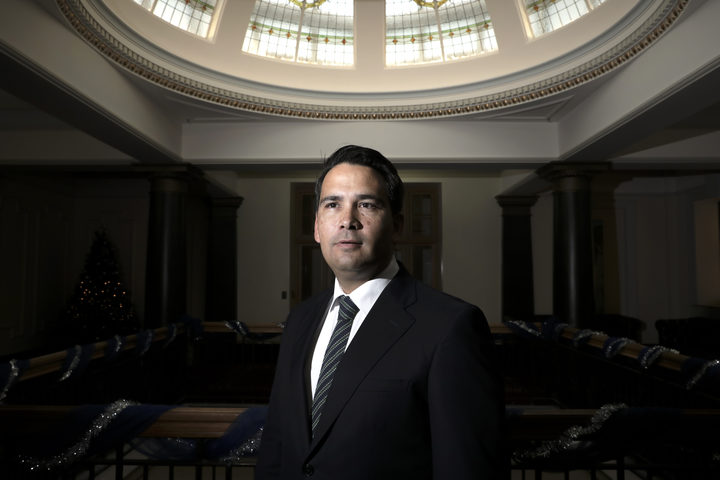 "Strong, accurate and team" are the three words he used to describe his leadership, in an interview wrapping up the 2018 political year.

Mr Bridges insists he is perfectly relaxed as Parliament prepares to rise for the Christmas break and the BBQ season begins - political code for MPs gathering to plot against the party leader during the idle summer months.

Elected after the resignation of Bill English at the start of the year, he inherited a large caucus stung by the relegation to the opposition benches and brimming with ambition.

Mr Bridges took a significant personal and political hit in the fallout of his former MP Jami-Lee Ross conducting a kamikaze campaign against him.

Under his leadership the party has maintained public polling in the low to mid 40s, but there are signs that is starting to slip, along with his personal ratings. 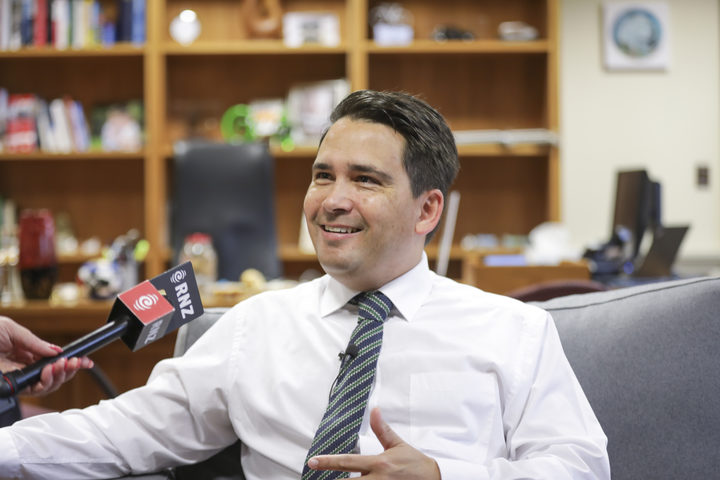 "The leadership is important but it's that overall sense of team that we've got that I think carries us through." Photo: RNZ / Rebekah Parsons-King

One of the main political polls, Colmar Brunton, had National on a strong rating of 46 percent at the start of the month, but internal polls leaked from both Labour and National are more volatile, with some putting Labour above National.

The Colmar Brunton survey was not so positive in preferred Prime Minister stakes with Mr Bridges at just 7 percent, with his colleague Judith Collins hot on his heels on 6 percent.

Some of the negative perception just comes with the job, he said.

"If you take a long view I am the opposition leader, to state the obvious - what goes with that is constitutional role to oppose."

He believed what mattered more was the party vote.

"That's what gets your party there, the leadership is important but it's that overall sense of team that we've got that I think carries us through."

However, leaks appearing to have come from his own caucus abound, with a steady drip feed on intel from discussions among MPs, including some views on the leader.

The problem with a campaign of leaks is not necessarily the information imparted but the overt defiance against the leadership team, and more often than not, a sign of agitation against the leader from within.

Mr Bridges makes the point there has been a significant focus on National Party leaks after the Jami-Lee Ross controversy - that MP leaked against his former leader in an unprecedented way - but even after his expulsion from the caucus, the leaks continued.

The best way for him and his team to deal with it, said Mr Bridges, was to "shrug it off".

"We cannot be there focusing on ourselves and our own little bits and pieces... these things do happen from time to time, and it's how you deal with it", he said.

"You go through any party at any time and you will see minor, call them what you will - leaks, sometimes actually just discreet, off-the-record backgrounds, that is part and parcel of politics."

That was not important, he insists, what mattered was that National kept up the momentum into next year.

And Mr Bridges rejects the notion there is a campaign to undermine him as leader.

"No, no quite the opposite," he said.

"I have a very strong sense from the texts, from the conversations, from the caucus, of backing - I feel very confident in my position.

"And I feel very resolute about the job we have to do", Mr Bridges said.

That would include a significant roll-out of policy discussion documents and debate as National considers its position on a range of issues. 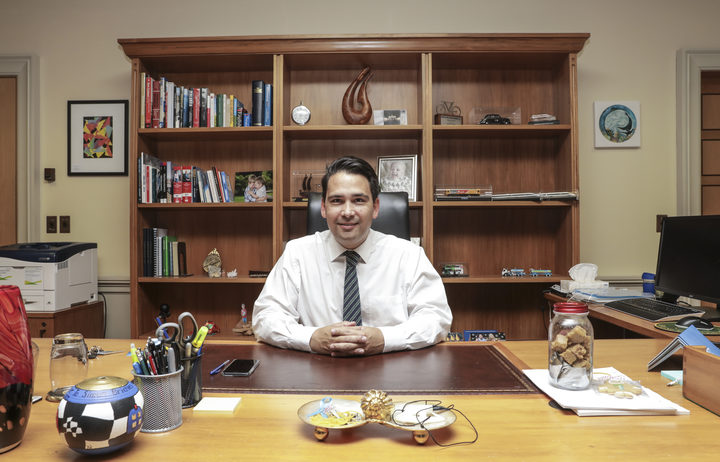 There is a standing joke (with a serious edge) around Parliament about summer BBQs where MPs gather away from the capital to plot against the party leader.

Something Mr Bridges says he is not worried about.

"No, I believe my caucus and the wider National Party will go into the 'BBQ season' if you like with a sense of job well done."

Will he be leader this time next year? "Without doubt".

While the party vote rating remains above 40 percent, there is little reason for National MPs to seriously look at rolling Mr Bridges.

But if that drops into the 30s there are those within the caucus, including Judith Collins, who will start to question whether he is the right person to lead the party at the 2020 election.

National is in a similar position to Labour when it lost power in 2008 and spent the best part of a decade internally focused and going through a roll call of leaders before settling on Jacinda Ardern.

National risks heading down the same path as MPs continuously weigh up the question of whether Mr Bridges can win against Jacinda Ardern in 2020, or whether other potential contenders might just be a safer bet.