Opinion - Simon Bridges needed to achieve two things in his first speech as opposition leader to the party faithful at the National Party conference. 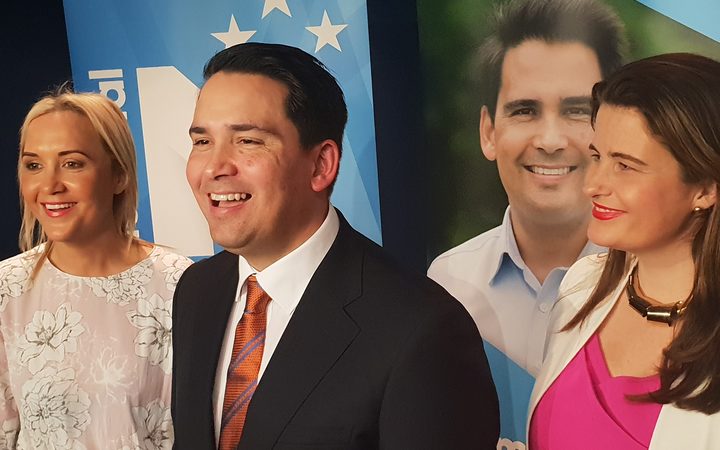 First, establishing his brand as similar to his successful predecessors - John Key and Bill English - but different enough to attract new votes in 2020. Second, demonstrating that his three months spent attending public meetings up and down the country was not in vain - he had used them to listen.

Mr Bridges' decision to use the speech to announce an education policy that talked directly to parents reflects both those outcomes.

The party faithful are reluctant to move away from what they know - after all the Key English brand made them the biggest party at the last election. However, National's leadership team are smart enough to know that doing the same thing over again is not going to cut it against Jacindamania.

A focus on education reflects National's record. Over their last term, education spending increased by over a third. However, specifically announcing that more money would go in to tackling class sizes shows that the party has gained a fresh perspective.

It is worth pointing out that the government doesn't actually set class sizes, they just fund on the basis of a teacher student ratio. Principals decide the number of actual kids in the classroom. This is even more relevant today where modern learning environments mean children are increasingly taught in large groups by a team of teachers rather than the traditional one teacher to one classroom model.

Therefore, the announcement of smaller class sizes actually just means more money for schools. But it was announced in a way easily appreciated by parents.

The way most parents see the effect of school funding is changes in class sizes. They fear that their child could be at risk of missing out on the individual attention. This is why National's decision to increase class sizes in 2012 received such a backlash.

International education research shows that smaller class sizes don't actually achieve more individualized teaching - only the quality of teaching does - but to parents it is what they can see and feel when it comes to their child's experience.

Mr Bridges knows this because he is a father of young children. His children have either recently entered or are about to enter the school and early childhood system. This is unlike his predecessors whose children were older when they were opposition leader.

Class size is also exactly the type of policy that meeting attendees would have raised in 70 public meetings that Simon Bridges has attended across the country in the last few months.

This public meeting strategy was high risk. People simply don't turn out for public meetings anymore in the way they used to. It was very possible that Mr Bridges could have ended up speaking to rows of empty chairs. But he didn't. According to National, over 10,000 people attended these meetings, and in some electorates, there were hundreds at each meeting.

Spending time travelling across the country also took him mostly out the reach of the press gallery who were looking forward to the fight between the opposition and Winston Peters as Acting Prime Minister. It is no wonder that the media has largely dismissed the value of the meetings - they weren't for them.

The value of the strategy of largely ignoring Mr Peters over the last few weeks will only be seen at the election. However, in demonstrating to his caucus that he will back them in their electorates and listen to their policy ideas, Mr Bridges is ensuring that he will still be in the leadership position come the next election.

Announcing a class size policy is a classic opposition move - it reflects that they are listening to the party but leaves the exact details - how much and when - to later in the electoral cycle.

For Simon Bridges himself it was a perfectly on point announcement - it spoke exactly to who he is as a leader. A family guy with National Party values and the willingness to do the work to get them elected in 2020.