National Party leader Simon Bridges is refusing to discuss more leaks that appear to be coming from his own caucus. 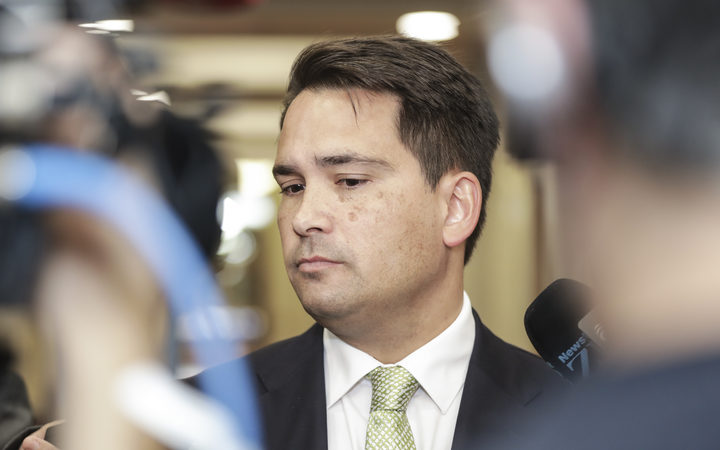 RNZ and other media outlets received an anonymous text revealing details of internal polling presented to the caucus last week, from someone claiming to be a National MP.

The leaking of Mr Bridges' transport expenses back in August led to a major political controversy, with rogue MP Jami-Lee Ross leaking extensively against his leader.

That was not as flattering as a recent public poll and Mr Bridges refused to discuss it when speaking to reporters today.

"I'm not going to talk about internal polls, what we know is we've got a poll there that's public, that's 46 percent, that shows we've got momentum, you can understand there'll be speculation and rumours."

He was asked about the internal polling, putting his party 4 points lower at 41 percent.

"I don't talk about internal polls, it's a Labour Party trick."

Mr Bridges "did not accept" the leak came from one of his own MPs.

"I've made really clear, look you'd expect rumours and speculation, we've seen a huge amount of that from the Labour Party trying to push a variety of numbers we know just aren't there."

Jami-Lee Ross laid a complaint with the police about what he alleged was corrupt electoral practice by the National leader.

Mr Bridges has repeatedly denied any wrongdoing and said he had not yet been contacted by the police.