The Minister responsible for Pike River re-entry has this morning announced that a plan to re-enter the mine drift to retrieve the bodies of the 29 men who died there in 2010 will proceed. 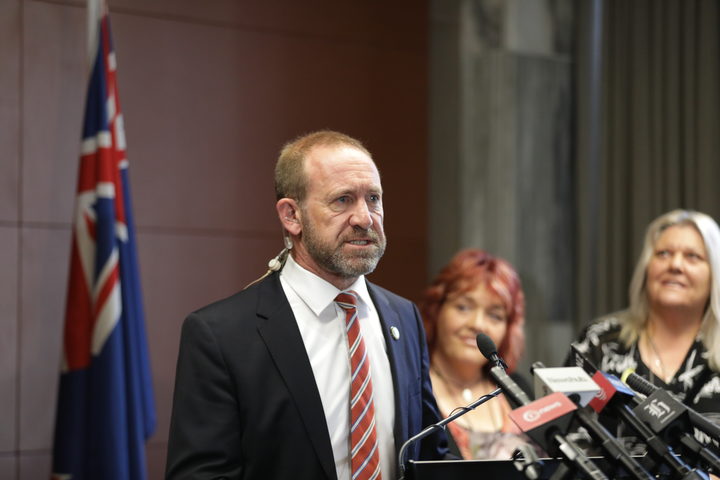 Andrew Little announcing that re-entry to the Pike River Mine drift will go ahead. Photo: RNZ / Rebekah Parsons-King

Andrew Little made the announcement at Parliament, in front of a number of the families of the Pike 29.

"I've been considering the re-entry recommendations, risk assessments and information provided by the Pike River Recovery Agency, along with input from independent advisor, Rob Fyfe.

"The re-entry method I have approved is the simplest and safest plan."

The re-entry will cost a total of $36 million.

Mr Little said preparation work has been underway for the past few months and a nitrogen plant at the site will now be bought into service.

"Work to prepare the mine drift for re-entry is underway, and includes venting methane from the mine, pumping nitrogen into the mine, and then filling the drift with fresh air. Additional boreholes have to be drilled and this work will get under way immediately.

A spokesperson for the families told media the re-entry plan is a victory for the little people.

"We've fought really hard to get to where we are today."

If you believe in something hard enough and long enough, you'll make it happen, she said.

"We needed to fight, we need to bring home our men if we can." 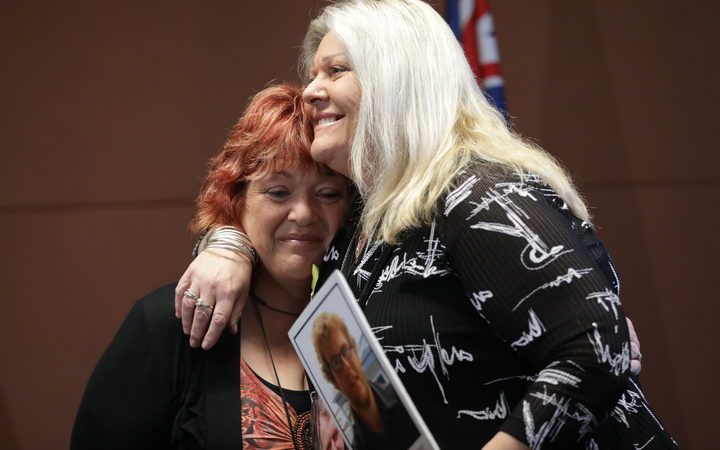 The spokesperson said since Pike River, there has been 400 workplace deaths.

"We need to up our game as far as health and safety is concerned."

Mr Little said he wanted to thank the families working alongside the Pike River Recovery Agency over the past months, and for not giving up hope for the last eight years.

The minister told Morning Report he made the decision to re-enter yesterday after Cabinet approved extra funding on Monday.

He believes by March the re-entry team will be through to the 170 metre seal and the idea is to take steps 40 metres at a time in order to examine before proceeding further into the 2.4km drift.

Police will examine material and evidence as it emerges, he said.

The criminal investigation has never closed.

He said it remains a possibility there could be prosecutions against owners or managers of the mine, if evidence is sufficient.

Three options were put on the table including building a new 2m by 2m tunnel, about 200m long, to the pit bottom in stone area; drilling a large diameter borehole; and re-entering the main drift as it is with no second exit.

A group of experts then considered the options and presented Andrew Little with a plan for safe entry to the mine.

The Family Reference Group representing the majority of the Pike 29 families have been involved in the planning, along with their own technical experts.

Mr Little said experts from around the world have spent months examining details of all the risks pertaining to each option.

"The planned method of re-entry will be made safe through the use of controls, in line with mining standards around the world.

If there was to be an accident during re-entry, there would be an investigation by WorkSafe, Mr Little told Morning Report.

However he said: "No-one should hesitate to say no if they are uncomfortable doing what they are doing."

Re-entry is about fulfilling a promise to the families that everything that can be done, will be done, he said.

Mr Little said the re-entry will properly get underway around February, by breaching the 30m seal.

Equipment arrived at the mine site last month to start purging it of explosive methane.

The plant - which was used in the immediate aftermath of the 2010 mine explosion - arrived in several containers from Australia.

It will be on the site for one year.