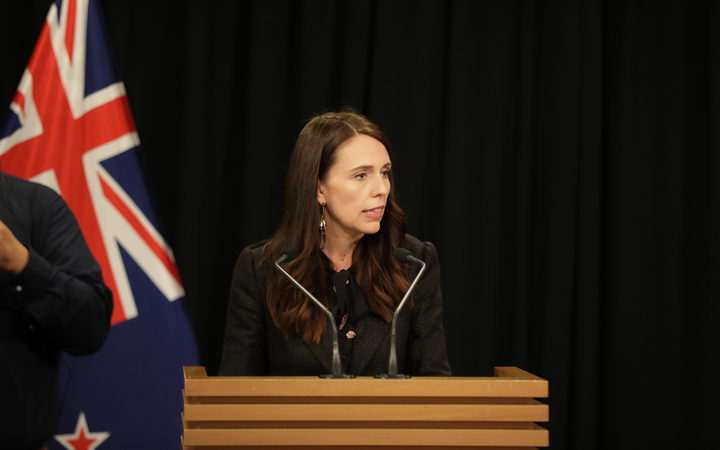 The Inquiry is to be called the Royal Commission into Historical Abuse in State Care and in the Care of Faith-Based Institutions, to reflect its expanded scope.

The Royal Commission was formally established in February to be chaired by the former Govenor-General Sir Anand Satyanand, with the terms of reference, budget and additional inquiry members to be announced after consultation and Cabinet approval.

Its initial scope was to cover circumstances where the state directly ran institutions like child welfare institutions, borstals or psychiatric hospitals, and where the government contracted services out to other institutions, but as of today that will be expanded to include children in the care of faith-based institutions

Religious groups and church abuse survivors have been lobbying to be included in the inquiry since it was announced.

It will begin hearing evidence from January next year with the first interim report, which will be focussed on state care, to be reported back by the end of 2020.

A final report containing the Royal Commission's findings and recommendations will be submitted to the Governor-General in January 2023.

The Prime Minister, Jacinda Ardern, said it was critical the Government got the Royal Commission right and the scope and purpose of the Inquiry has been carefully considered.

"Today paves the way for us to confront a dark chapter of our national history by acknowledging what happened to people in state care, and in the care of faith-based institutions, and to learn the lessons for the future."

The four other members of the Inquiry have been confirmed as Ali'imuamua Sandra Alofivae, Andrew Erueti, Paul Gibson; and Judge Coral Shaw.

The Inquiry has a budget of $78.85 million over four years, which includes more than $15 million to help participants by providing counseling and related support.

The New Zealand Catholic Bishops and Catholic Religious orders have welcomed the inclusion of faith-based institutions in the inquiry.

The President of the New Zealand Catholic Bishops Conference, Patrick Dunn, said the church reaffirmed its support and desire to learn from this national undertaking which it was confident would contribute positively to the strengthening and safeguarding of its families, communities and society.

"The view we expressed during the consultation was that it would be wrong if some individuals were excluded from the Inquiry simply because their path of referral to an institution was different from someone else's."

The Catholic Church has appointed a new group to ensure it provides a co-ordinated and co-operative response to the Commission from all the many dioceses, congregations and institutions of the Church in this country.

Its chair Catherine Fyfe said it would support the Royal Commission with the information they need.

"We will review the Terms of Reference and look forward to working with the Commission as it progresses the next steps in this process.

"We will collectively work towards healing."

The Anglican Archbishop Philip Richardson said he was also pleased the Government had responded positively to calls, including from the churches, to broaden the scope of inquiry.

"Our primary concern is for the needs of those whose lives have been impacted by abuse, and we are conscious that abuse has been perpetrated by agencies across our society, including the Church and its agencies.

Philip Richardson said justice must not only be done, but also be seen to be done.

"A Royal Commission of Inquiry provides a forum, a credibility and an independence, which victims and survivors of abuse and the wider public will trust.

"While I think that that those in authority in the church today have a good sense of what the scope of historical abuse of children in the care of the Anglican Church has been, we can't be categorical about that.

"We see this Commission of Inquiry as one way we can put that faith into action, and our hope is that this broader inquiry will provide a pathway to healing and wholeness for all concerned."

An Australian Royal Commission into Institutional Responses to Child Sexual Abuse presented its final report at the end of last year after about three-and-a-half years of hearings - the Australian inquiry included public and private institutions, including child-care, cultural, educational, religious, sporting and other institutions.

But a human rights lawyer says some of her clients will be devastated over the timeframe for the Royal Commission into abuse of children in state care.

The government said the commission would focus on cases between 1950 and 1999 with discretion to look outside of that time period.

Wellington-based human rights lawyer Sonja Cooper told Checkpoint her firm has more than 100 clients born after 1990 and their voice most likely would not be heard.

"They're going to be concerned and some quite devastated by that," she said.

"They've had their abusive experiences, they're actually still suffering deeply from that."

Ms Cooper said the the timeframe should be extended to 2017.

Current data is needed to make informed decisions about how to help children currently in state care, she said.

The government's decision not to have a wider timeframe is because they want to label abuse as a thing of the past, said Ms Cooper.

"There's a degree to which this is about, you know, let's pretend that everything is actually alright in New Zealand," she said.

"Let's pretend that Oranga Tamariki has fixed everything up."