New Zealand exporters now have a date to look forward to, when the long-awaited, revised TPP trade deal takes effect. 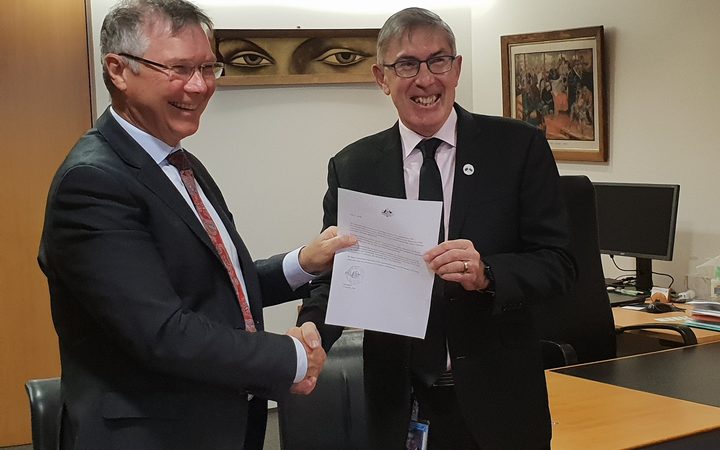 The countdown is now on for tariff reductions under the agreement, with the required number of countries having ratified the trade deal.

Exporters will start to get the benefits of tariff cuts from 30 December, with the 60-day countdown now triggered.

Canada and Australia have joined Mexico, Japan, Singapore and New Zealand in ratifying the 11-country deal.

Countries yet to ratify are Brunei, Chile, Malaysia, Peru and Vietnam.

Trade Minister David Parker said the threshold to bring the Comprehensive and Progressive Agreement for Trans-Pacific Partnership (CPTPP) into effect was reached when Australia notified New Zealand it had ratified the deal.

This trade deal was even more important now that countries can no longer rely on a global, rules based trading system, said the minister.

"This is momentous, not just for New Zealand, but for world trade."

The World Trade Organisation was in a "parlous state", said Mr Parker, and deals like the CPTPP were the best alternative available.

"It represents 13 percent of the world's GDP, the countries that are in it, that have a combined GDP of just under $15 trillion."

The benefits of the deal would spread to every person in New Zealand, he said, "from the factory floor to the farm owner, to all of the other service industries that rely on our export industries".

He said the deal gave protection to signatory countries, with an assurance rules would be followed, and a signal that there was "a new rules-based order out there in the world that people can buy into if they want."

Industries like wine, horticulture and meat are expected to benefit once the tariff reductions start to kick in.