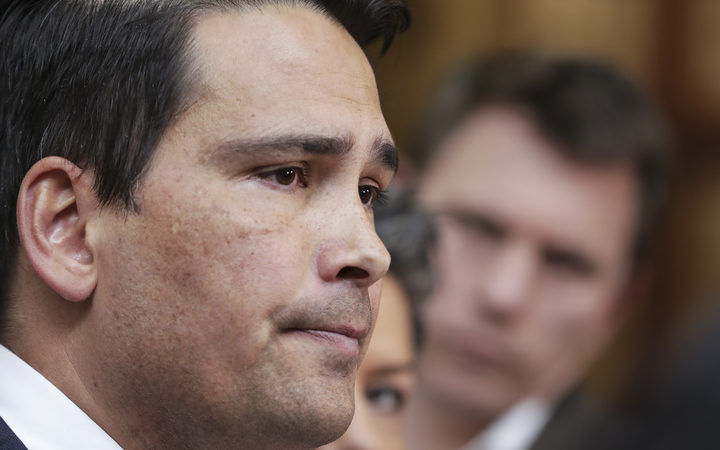 The Botany MP has been at the centre of a scandal surrounding National after he quit the opposition party on Tuesday and accused Mr Bridges of being corrupt.

Newsroom has today reported the accounts of two anonymous women who said they'd had toxic sexual affairs with the MP and two others who said they'd been harassed and bullied by him.

RNZ News has tried to put the claims to Mr Ross, but he has yet to respond. Mr Ross has previously denied allegations he had harassed anyone, saying he respects all women and is comfortable with his behaviour.

Speaking to reporters today, Mr Bridges said Mr Ross would have been kicked out of the party much earlier if he'd known about the alleged conduct.

"I'm gutted about the story and everything that it's about. I am in admiration of the courage of these women for what has happened here."

Mr Bridges said he first heard claims of inappropriate behaviour towards women in recent weeks. He didn't know whether they were the same women as those quoted in the Newsroom report.

"I knew nothing before the leak investigation of any of these sort of things. It's only in very recent weeks," he said.

"Within a day of learning about these things, I confronted Jami-Lee Ross about them and have made sure... he is no longer part of our caucus."

Mr Bridges refused to go into any detail about the claims or who made them, saying he respected privacy.

"I have absolutely no doubt in my mind, I dealt with things in the right way."

Mr Bridges said he was "completely unaware" that Mr Ross was capable of the alleged behaviour.

"In totality, what we've got here are lies, deception, inappropriate conduct, leaks... I am really glad we've seen the back of this man."

The accusations follow four extraordinary days of National Party turmoil with Mr Ross accusing Mr Bridges of breaching electoral law over a $100,000 donation, releasing a secret recording of a conversation with the party leader, and laying a police complaint.

Mr Bridges has repeatedly and strongly denied any wrongdoing over donations but has been forced to apologise for comments in the recording about fellow MPs.