The MP behind a bill to make new immigrants sign up to what he calls New Zealand values says anyone who thinks it's racist is just trying to stop a genuine debate. 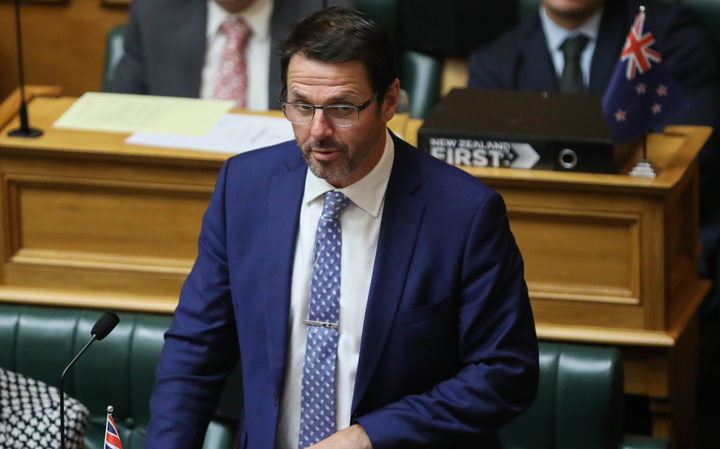 The Respecting New Zealand Values Bill includes core values that demand respect for gender equality, legal sexual preferences, freedom of religion and a commitment not to campaign against alcohol consumption.

The New Zealand First conference at the weekend voted for the bill and party leader Winston Peters believes without New Zealand values, the country would be a "hell hole".

Promoter of the bill NZ First MP Clayton Mitchell told Morning Report the bill would ensure the values of New Zealand are protected.

"What we do have to be careful [of] is that we don't have the redneck brigade trying to highjack and hoodwink this policy.

"This is actually the antithesis of racism and anybody that tries to use the word to try and stop this sort of idea from being discussed and brought forward by saying it's racist is just stopping an open, genuine debate."

He said New Zealanders are tolerant people and anyone coming into the country needs to be too.

"We don't want to see racist bigots arriving to this country and people rolling their shoulders in political correct circumstance and saying 'oh but they're entitled to do that'. They shouldn't be able to do that."

He said while nothing has been finalised, if someone was found to be in breach of legislation, an independent panel may assess the case or it may go through the courts.

"What we've got now is the ability for the Minister of Internal Affairs to be able to remove somebody that might be showing those sort of signs. What we're trying to do is make it simplified so that it doesn't have to go through the minister each time, like we had with Peter Dunne, with the marijuana and the medicine."

Prime Minister Jacinda Ardern said the Labour Party wasn't likely to vote for the bill in Parliament and not something the party would promote.

"It is not a government bill, it is not government policy. It's a New Zealand First bill and it's up to them to pursue it and debate it and it's not something that Labour is likely to support at all," she told Morning Report yesterday.

But Mr Mitchell said "politics is a long game, you can't expect anything to happen overnight."

If it's not taken up as a member's bill then it's something the party can fight for in the future, he said.