Public sector bosses will now be responsible for addressing the scourge of family and sexual violence in New Zealand. 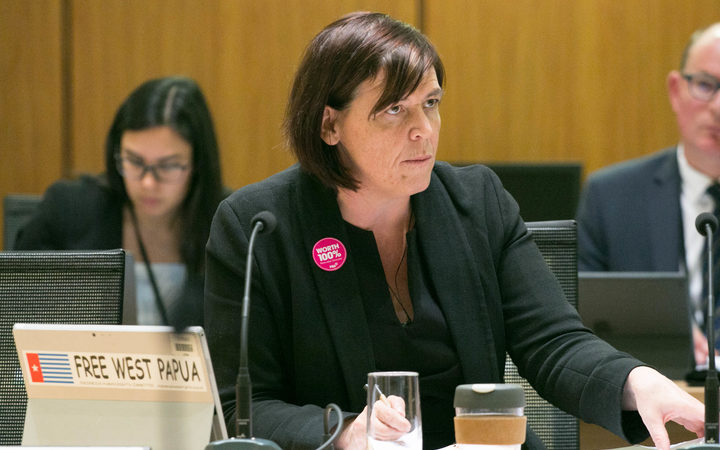 Green MP Jan Logie - the Under-Secretary to the Minister of Justice (Domestic and Sexual Violence Issues) - has just announced a new joint venture at the annual conference of the Māori Women's Welfare League in Gisborne.

The new unit that will be informed by an independent Māori advisory group and other stakeholders, and report to a board made up of the chief executives of 10 government agencies, from Oranga Tamariki and the Ministry of Social Development, to Health, Justice and Police.

Ms Logie said it was important they worked together and scrapped the unconnected silo approach of the past.

"Victims, as well as people who are using violence, will often disclose to doctors or counsellors, teachers or social workers and all too often at the moment when they do that and they're reaching out for help, they're not getting that help," Ms Logie said.

"So we need all of our government agencies to come together to make sure all their staff know how to respond to be able to give people the help they need when they ask for it."

She said its first job would be developing a national strategy with an action plan, to "totally turn around our response".

"So that ultimately everyone in the country will know what they can do to prevent and respond to family and sexual violence, and that they'll feel confident in doing that."

There would also be measures developed to see how the government was progressing towards that goal, so it was held accountable for its progress.

Ms Logie recently passed a bill through Parliament that will require employers to provide victims of domestic violence with 10 days leave, in order to remove the stress of losing employment when that victim needed to get out of a bad situation.

She said the bill fitted with this latest announcement, which was all about recognising how everyone could help and how much all of New Zealand had to benefit from change.

"It's embarrassing on an international stage to see our high levels of domestic violence reflected back on us. It's even worse obviously for the primarily women and children who are experiencing it. This is a chance to come together and fix this problem."

Prime Minister Jacinda Ardern mentioned New Zealand's domestic violence issues in her speech to the United Nations General Assembly overnight, as she addressed the ongoing inequalities for women all over the world.