Government ministers have defied a pointed request from the Speaker of the House to bring emails from former minister Clare Curran to question time today. 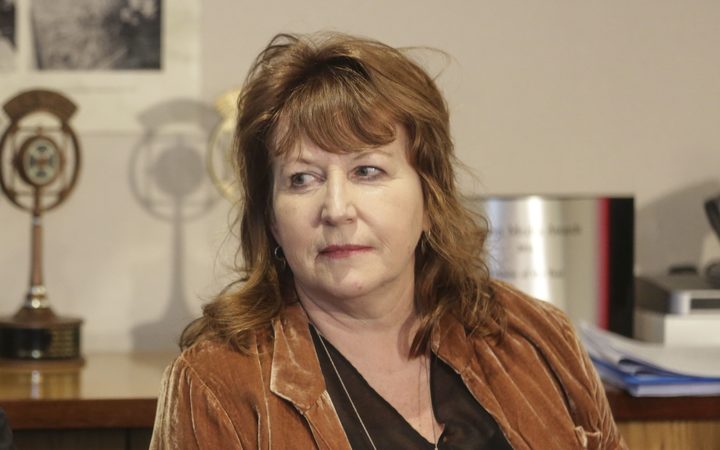 But senior minister Grant Robertson did lay out details of emails between Ms Curran and tech entrepreneur Derek Handley - communications that have become the focus of ongoing scrutiny by the opposition.

Ms Curran was stripped of the Government Digital Services role after it was revealed she used personal emails and did not properly record a meeting with Mr Handley, who was applying for the position of Chief Technology Officer.

He was paid out $100,000 after he got the job, only to have the offer retracted by the government.

In the House yesterday Speaker Trevor Mallard made it clear he would like to see the emails, held by Archives New Zealand, brought to Parliament by State Services Minister Chris Hipkins.

The Speaker has no authority to order a minister or MP to bring any document to the House, except when a minister quotes an official document.

Today Mr Robertson was subbing in for Mr Hipkins, whose partner has just had a baby.

On his way into question time Mr Robertson said he would not be making the emails themselves public.

"They're being dealt with via the normal public records and Official Information Act processes.

"What I am doing in the House today is giving an answer to the question that provides dates and details about the content of the emails."

Once in the House Mr Robertson gave the details of three interactions between Ms Curran and Mr Handley.

"The first on the 11th of August where Derek Handley emails Clare Curran about the CTO position and questions about the role...including resourcing for the role and potential conflicts of interest.

"On the 14th of August Clare Curran replies to the email, confirming a call to discuss these matters."

He then described two further exchanges, one on 19 August where they discussed logistics of the job, including the contents of any public statements, contract discussions with Internal Affairs and the management of conflicts of interest.

The third exchange was two days later when Ms Curran emailed details about the work plan to Mr Handley, which he acknowledged.

National MP Nick Smith asked Mr Robertson whether there was anything "inappropriate" in the emails, that influenced the decision to withdraw the offer.

Mr Robertson said that decision was unrelated to anything in those emails.

Prime Minister Jacinda Ardern was also asked further questions about a text and email she received from Mr Handley about the position, which she said she did not respond to, to the best of her recollection.

Mr Handley has repeatedly refused to speak about the matter, referring RNZ to a statement on his LinkedIn page.