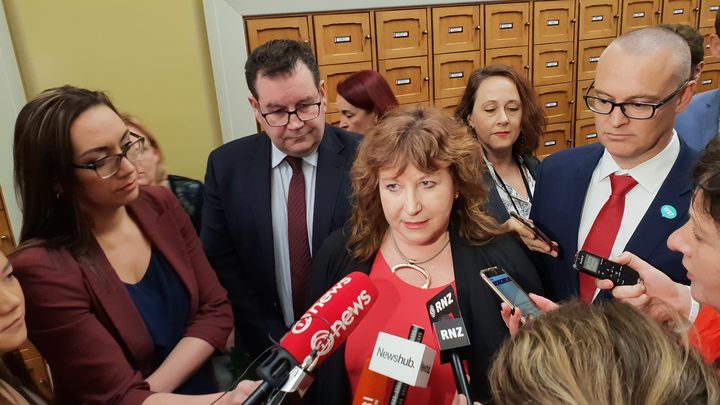 Clare Curran told media she had assured Ms Ardern she would archive all emails from her personal Gmail account. Photo: RNZ / Chris Bramwell

Ms Curran resigned as a minister last week after being unable to answer questions about what official work she had carried out on her personal email.

She was earlier sacked from Cabinet for failing to properly record a meeting for the second time.

Ms Curran said she was working with the prime minister's office to archive the information.

"I've given the prime minister an assurance that I'm archiving all of my Gmails, and I'm working through all of that at the moment, and they will be publicly discoverable."

She told reporters that would include all emails that involved ministerial work.

"She is deciding what is relevant and what is not but she is no longer a minister so I am a little bit concerned that we may not actually get to the bottom of it.

"What I would like to actually see is her being very open, finally, and give up all the Gmails that she has actually done work on so that we can actually, finally, get to the bottom and know the truth."

Ms Lee said Clare Curran should give up her password and someone else should decide what was archived and what was not.

O'Connor gets 'telling off' from PM 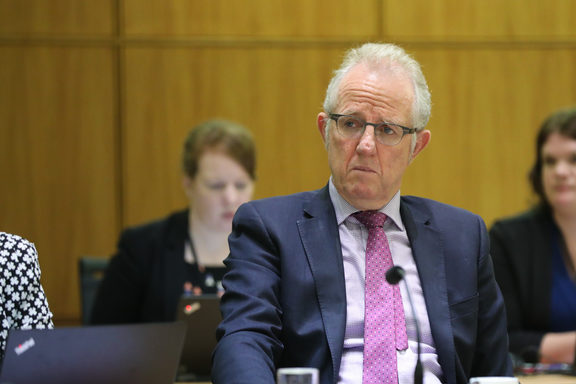 Meanwhile, Labour MP Greg O'Connor has admitted he got it wrong when criticising Ms Ardern's handling of the Clare Curran controversy.

On Newstalk ZB yesterday, Mr O'Connor said events around the resignation "could have been handled better" by the prime minster.

He told reporters at Parliament this morning he'd apologised for those remarks.

"It's pretty important to get it right and I got it wrong. I've apologised and I've got the message."

His understanding of the events was incorrect, Mr O'Connor said.

"I have spoken with the prime minister - or she's spoken with me - and I know what is it.

"It was fair to say that the prime minister wasn't happy. I wouldn't have been happy either, so yes, I got a telling off."

Ms Ardern said she welcomed any feedback from her MPs but would prefer to hear it directly.