New Zealand will raise the annual refugee quota from 1000 to 1500 in July 2020, Prime Minister Jacinda Ardern has confirmed. 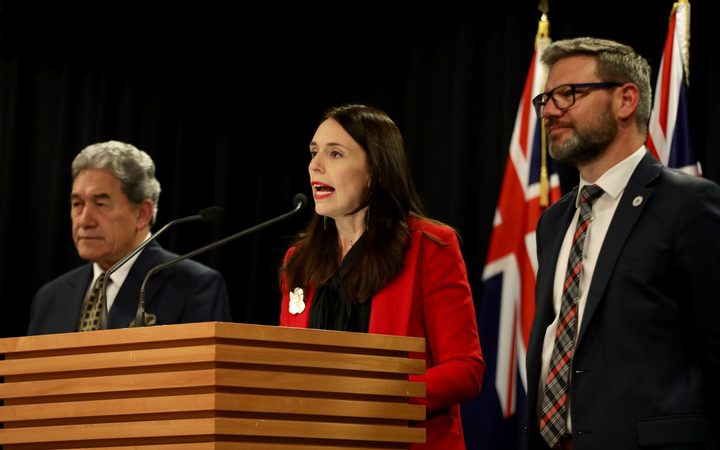 Ms Ardern made the announcement at Parliament today.

"This is the right thing to do," she said.

"It fulfils New Zealand's obligation to do our bit and provide a small number of people, displaced by war and disaster each year, a place to call home."

The previous National government had increased the number from 750, where it had sat for 30 years.

Labour campaigned on increasing the refugee quota to 1500 over three years, and providing the funding to manage refugee resettlement.

Ms Ardern said the 2020 timeframe was a "simple question" of logistics.

The Greens wanted the quota lifted significantly higher - closer to 6000 - but have welcomed the decision.

While in Nauru for the Pacific Islands Forum, NZ First leader Winston Peters said his party had "never made a commitment to double the refugee quota".

At the announcement today he said he had "no reservations" at all, referring reporters to a speech he made last year.

"Saying that we could envisage the target being seriously increased but there were provisions we had to get ready for first."

The Kiwibuild programme and falling immigration numbers were "pre-conditions" that had been fulfilled, said Mr Peters.

"This is about people, not about politics and controversy", he said.

It was an issue the Cabinet was "always on track to work through", said Ms Ardern.

"And I'm very pleased to be announcing it today."

But National Party leader Simon Bridges said Mr Peters must have wrangled something out of his coalition partner for today's announcement to happen.

"We'll see the size of the secret deal in due course, whether it is big changes in the industrial law area or whether it's a billion dollars for one of his pet projects, you can be sure he has got something for this deal."

New Zealand also has a Refugee Family Support category, which means refugees or "protected persons" with residence can sponsor a family member, and that person's partner and dependent children for New Zealand residence.

Each year there are 300 places available, and Immigration Minister Iain Lees-Galloway said those numbers would rise "proportionately" with the increase in the actual quota.

In the meantime work would continue to improve refugee resettlement and support services, including an upgrade of the Mangere Centre, he said.

Mr Lees-Galloway said there would have to be changes to the resettlement process.

"The number of intakes of refugees and the size of each intake will also be changed from July 2020 while the current six-week reception programme at Mangere will be shortened to five weeks."

Earlier today, hundreds of letters from high school and university students were delivered to Parliament, calling for a loosening of current refugee restrictions.

The 750 letters - organised by World Vision and Red Cross - were delivered to Mr Lees-Galloway.

World Vision Advocacy Manager Carsten Bockemuehl said under current rules, refugees from certain countries could only be resettled in New Zealand if they have pre-existing family here.

"This restriction does not apply to people coming from the Americas or the Asia-Pacific, it's just been imposed in 2010 on refugees from the Middle East and Africa and we think it's really discriminatory," he said.

Mr Bockemuehl said it did not make sense, given the two regions had the biggest refugee need.

He said it was very clear from the New Zealand youth World Vision spoke to that they wanted the country to do significantly more. 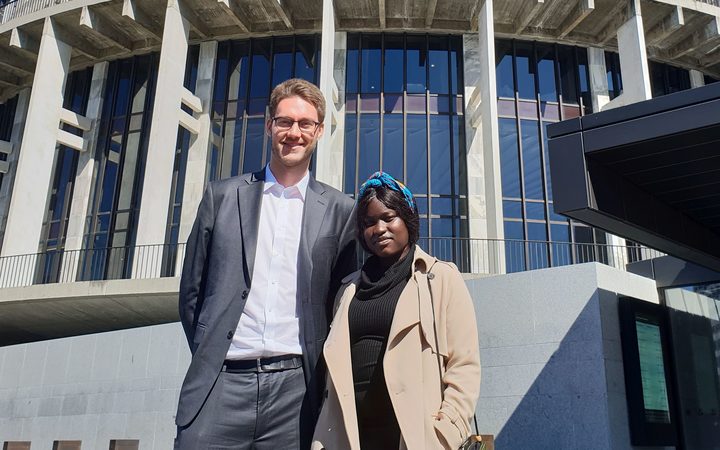 Nineteen-year-old Clench Enoka, who fled her birth country of South Sudan as a child, said she was heartbroken other refugees from her home country would not have the same opportunity to make New Zealand their home.

She said her parents left South Sudan with with her, her cousin and little sister in 2003.

"They didn't want us to live the way they lived, because every night you had to leave your home because you can hear can gunshots," she said.

Ms Enoka said it would not have been possible to make New Zealand their home under the current restrictions.

"I know a lot of people don't have family here, for them to not be able to come here because of that quota, that's really upsetting," she said.