Labour's Māori MPs are rallying behind sidelined Minister Meka Whaitiri and say it's only fair she stays on as their co-chair. 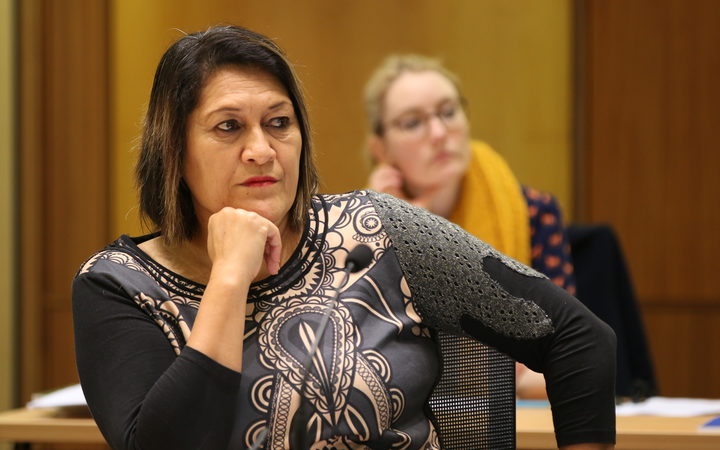 Meka Whaitiri has stepped aside as Customs Minister while an employment investigation is underway. Photo: VNP / Phil Smith

The Ikaroa-Rāwhiti MP is working out of her Gisborne electorate office while being investigated by Ministerial Services over what has been described as a "staffing matter".

RNZ understands Ms Whaitiri is accused of manhandling her newly employed press secretary while in Gisborne last Monday for a Crown hui.

Ms Whaitiri has stepped aside as Customs Minister during the employment investigation, but is staying on as co-chair of Labour's 13-strong Māori caucus.

Speaking to reporters at Parliament this morning, Tāmaki Makaurau MP Peeni Henare said the party's Māori MPs were "100 percent" behind her remaining in the role.

"We all tautoko [support] our tuahine [sister]. We support her, we love her and send her our best."

Over the weekend, Mr Henare was reported as saying Ms Whaitiri's stand-down could be an opportunity for others in the Māori caucus to step up.

But Mr Henare, who is also Youth Minister, said those comments were taken "out of context".

"I've always believed I work with a talented bunch of people," he said.

Waiariki MP Tamati Coffey said it was only fair for Ms Whaitiri to remain co-chair while the investigation took place.

"I'm a big fan of natural justice and I know that my whānau would expect me to stand by my colleagues through thick and thin."

Māori caucus co-chairman Willie Jackson referred to his earlier comments on Newshub Nation that all New Zealanders would agree there should be an investigation before Ms Whaitiri was "shut down".

"That process has got to take its course and I just want to leave it at that," the Employment Minister said.

Te Tai Tokerau MP Kelvin Davis refused to answer any questions about Ms Whaitiri on his way into the Labour caucus meeting this morning.

Asked why he would not comment when his colleagues were, he said, "I choose not to."

Responding to questions in Parliament, Prime Minister Jacinda Ardern refused to say who first raised the "staffing matter" with her.

"It is fair to say that the allegation is contested which is why it's being dealt with by Ministerial Services - and that is appropriate."

The inquiry is expected to last two to three weeks.

Meanwhile, police confirmed they had spoken to the "alleged victim" and would not be taking any further action.