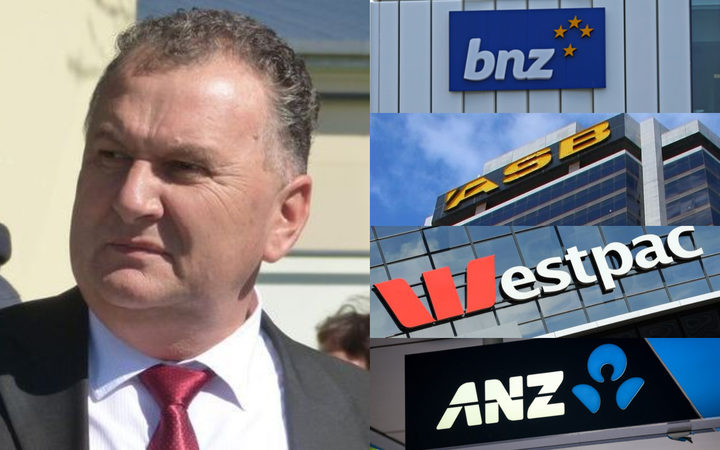 Shane Jones says banks have an "obligation to maintain an extensive level of service". Photo: RNZ

Mr Jones has echoed concerns of the bank workers' union over branch closures.

"If the Aussie banks are going to continue to profit at $5 billion a year then in my view it's not unreasonable they be required to maintain a level of service.

"I can guarantee you that the Aussie-owned banks are offering a range of services that are more efficient and cheaper to their own people than we're putting up with in provincial New Zealand."

"Their profits over the last 10 years have grown by 75 percent," Mr Jones told Morning Report. "I do believe with that level of profit they have an obligation to maintain an extensive level of service."

The minister said he planned to speak to Reserve Bank Governor Adrian Orr to "establish the facts" about the requirements of banking licences and will then consider policy options.

Mr Jones has previously taken aim at dairy co-operative Fonterra, telling it in June to focus less on politics and more on justifying the money it had lost overseas.

And in a spat with Air New Zealand in March he said the national carrier had been short-changing services to the regions.

He said he had "no time for celebrities in business".

"He is a celebrity - I'm stating a fact... He in the past brought [former US president Barack] Obama over here - there's many photos of that level where business meets celebrity culture.

"We will ensure that as we go forward he is surrounded by people that are of more earthy dimensions."