Air New Zealand is a "corporate taniwha" that needs to stop short-changing services to the regions, says the Regional Economic Development Minister. 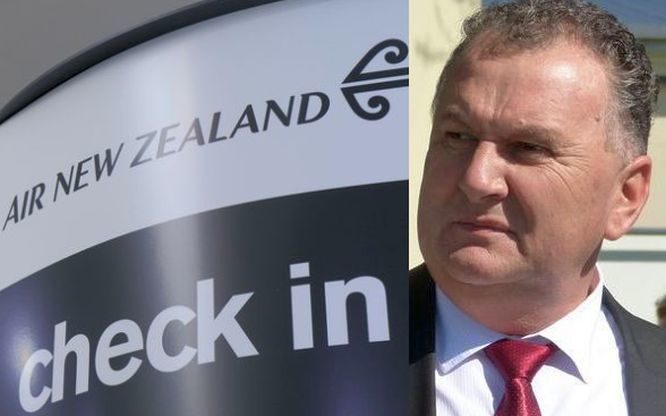 Shane Jones has issued a stern warning to the national carrier - don't promote New Zealand overseas unless you're practising what you preach in the provinces.

Mr Jones' comments came after Air NZ abruptly withdrew its service into Kāpiti Coast, giving the region just three weeks notice that it would pull out of the daily Auckland-Kāpiti flight.

It followed a move three years ago to stop flying to Kaitaia, Whakatāne, Westport and Taupō.

Mr Jones said it was irresponsible of the $5 billion company to degrade its provincial services, and at an announcement late last week over a new terminal at Kerikeri airport, he issued that message directly to Air New Zealand's regional affairs manager Ian Collier.

He said he was simply reflecting the frustrations of those living in the provinces and he made no apology for criticising Air New Zealand's board.

"If that board of Air New Zealand - 51 percent owned by the Crown, bailed out by the Crown in recent times - thinks that they can continue to exist in some hermetically sealed environment, then as far as I'm concerned I've got news for them."

Provincial leaders have also pointed to increasing moves to hub flights via Auckland which were formerly-direct flights - particularly to the capital.

Gisborne Mayor Meng Foon said some Gisborne-Wellington flights were now going via Auckland, because Air New Zealand said there was not enough demand for direct flights.

But Mr Foon said there was a big difference in time.

"It's one hour normally or even less if you've got a tail wind, directly from Gisborne to Wellington and back.

"If you have to go the other way, you've got to catch a connecting flight and it's at least four hours minimum. I'm mean we're not flying to Australia," he said.

"They've got this facade of the safety video, cuddling penguins in Antarctica, smiling Māoris at Waitangi, but do what you're meant to be doing. You (Air New Zealand) are servicing New Zealand and if you're not prepared to service the entirety of New Zealand, don't go overseas and promote New Zealand unless you're practising what you preach in the provinces."

Air New Zealand has responded warning the government that it would always act independently of the Crown.

In a statement, Air New Zealand said a lack of commercial independence was viewed seriously by the board and could damage the interests of all shareholders, including the Crown.

In a letter to the Finance Minister Grant Robertson, the airline reiterated the government had equal rights to all other ordinary shareholders. Shane Jones had referenced the Crown's 51 percent shareholding.