The mayor of Kāpiti Coast says Air New Zealand has treated his community in an appalling way in its handling of the suspension of a route between Paraparaumu, and Auckland. 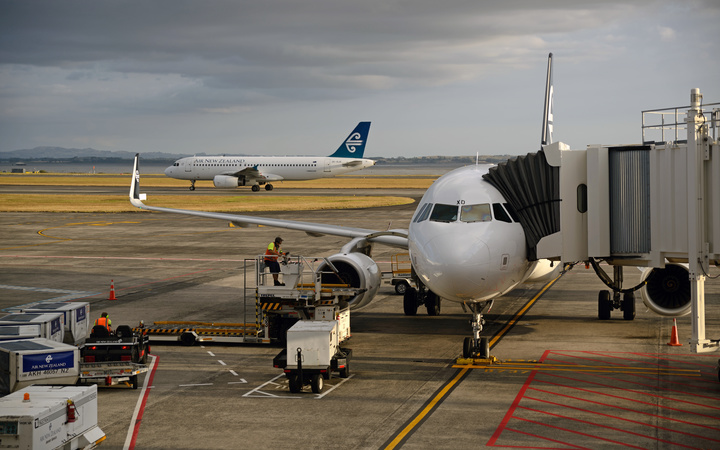 This morning the airline announced it would suspend its service, which had been operating since 2011. It said it was adjusting its domestic schedule to better match aircraft seat capacity.

It's the only commercial airline operating flights between Auckland and Kāpiti Coast Airport in Paraparaumu - one of the country's few privately owned airports.

Its plans were only revealed to mayor K Gurunathan last night, he said.

"And on top of that I want to use the word bizarre, in relation to the fact that only last Saturday, we had an open day organised where 1000 people came streaming through [the airport] ... and Air New Zealand were dishing out a sausage sizzle, and then a few days later they're telling us 'hello, goodbye'. What is this?"

Mr Gurunathan thought fears that the flights ending could damage the economy were unfounded, with other infrastructure projects like Transmission Gully helping prop the growing economy up.

The airline's decision would come as a shock to locals who used the Kāpiti Coast Airport, he said.

"Our thoughts are with the locals whose jobs and businesses are most affected by this decision."

Kāpiti resident Sharon Walker said she was upset by the announcement, as it meant longer travel times for her husband.

"It's nice to know he's flying home here to Kāpiti tonight after flying out of Welllington today," she said.

"It's nice to know on a Friday night he's not going to sit in traffic for a couple [of] hours trying to get home."

Kāpiti Coast Chamber of Commerce's chair Heather Hutchings said the suspensions of flights to Auckland would leave a large hole in the region's economy.

"Collectively, we've been very open to doing what we can to build an enduring service, however doing this hasn't always been easy in the face of ongoing cancellations and delays - we hear and understand how frustrating this has been for travellers, who have continued to support the flights - especially business commuters."

"We will now look to build Kāpiti's reputation as a tourism destination, to boost the local economy and support local businesses."

M Gurunathan said he was still confident about the airport's long-term future.

"I spoke with Evan Davies from airport owners Todd Property and it was heartening to hear him reinforce his company's commitment to Kāpiti."

There was now a gap in the market, and the airport and council would look to other airlines to fill it.

The final flight will take off on 3 April, and Air New Zealand said passengers booked on services after that date would be placed on alternative services.