The National Party has some sympathy for ACT's call to reduce the number of MPs, but won't support the policy in its current form, Nick Smith says. 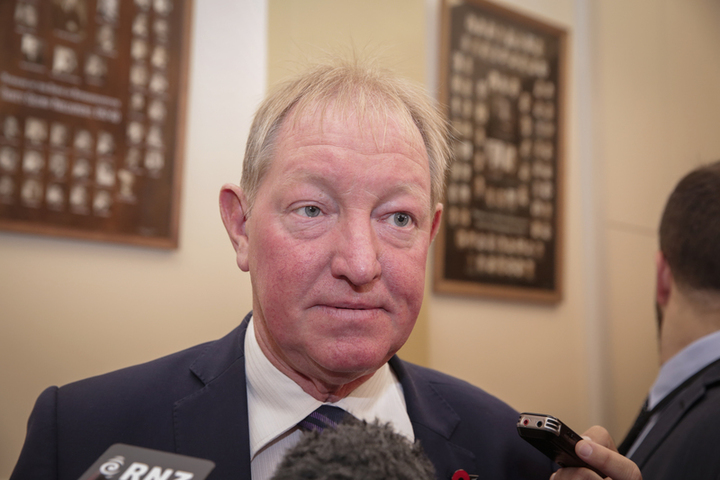 Nick Smith said National had some sympathy for ACT's concerns around the number of people working in the Beehive. Photo: RNZ / Rebekah Parsons-King

ACT Party leader David Seymour told his party's annual conference yesterday the economy was being "strangled by red tape and bureaucracy," and Māori seats had reached their used-by date.

"Now I think it's very important that we resolve past grievances, but it's very difficult to do when you've got three overlapping individuals all theoretically responsible for doing this," he said.

Mr Seymour hopes to introduce legislation to reduce the size of Parliament from 120 MPs to 100, and also cut the number of ministers from 31 to 20. The policy would require all list candidates to stand in an electorate.

He said two decades of growth in the size of government had not delivered better outcomes for New Zealand, and the country needed smaller, smarter government.

Mr Seymour told Morning Report if he was Prime Minister, portfolios specifically for ethnic minorities, Pacific peoples, young and old people, women and gender, and would get the chop.

"The truth is that the purpose of those ministers in not that they actually do anything for their eponymous demographics.

"They are there so the government of the day has a person they can send along to official functions and have their photo taken at Crown expense.

"And if you doubt that, just try and think of something they've actually achieved for their demographic."

National Party electoral reform spokesperson Nick Smith said his party had some real sympathy for ACT's concerns around the number of people working in the Beehive.

"It comes at substantive expense to the government and taxpayers, and we don't necessarily think that's going to result in any improvement to the quality of government."

However, Dr Smith said he had concerns about what it could mean for rural communities if electorates were significantly expanded.

"Our concern is that those rural communities simply are not going to be able to get effective representation."

National is also more cautious when it comes to reducing the number of Māori seats, which Dr Smith said could create difficulties for race relations.

Mr Seymour said there were now 27 Māori MPs in Parliament. "Māori are actually over-represented in Parliament - and the seven Māori MPs have been hopeless."

There was simply no place for one group of people to be treated differently under the law, he said.

Mr Seymour denied that the move was race-baiting.

"We're not race-baiting anyone at all, we're saying that Māori are more than capable of being elected to Parliament without special seats."

Mr Seymour accused the Labour-led government of infantilising people perfectly capable of looking after themselves.

Mr Seymour also used the party conference to take aim at the Labour-led coalition government and Prime Minister Jacinda Ardern, who he said was warm and friendly, but someone he dismissed as a "show prime minister".

"And so you ask the question 'well okay, if she's the show captain, who is the real captain?' And to the extent we have one, of course, it is Winston Peters."

ACT's former coalition partners National also came under fire from Mr Seymour for what he sees as their tendency to merely react to what Labour is doing.

"I reckon if the Labour Party introduced full blown communism into New Zealand, the National Party would campaign on managing it better," he said.