ACT leader David Seymour Party has told his party's annual conference he wants to abolish the Māori seats and reduce the number of MPs. 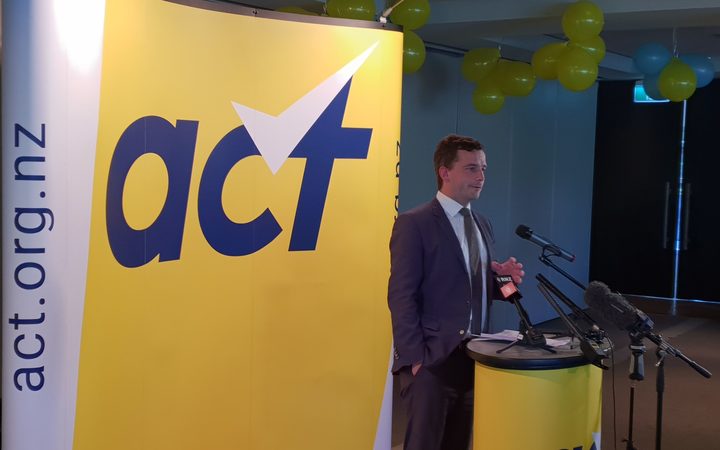 Mr Seymour told his party's conference in Remuera today that the economy was being "strangled by red tape and bureaucracy".

"Now I think it's very important that we resolve past grievances, but it's very difficult to do when you've got three overlapping individuals all theoretically responsible for doing this," he said.

Mr Seymour told party faithful there was simply no place for one group of people to be treated differently under the law.

Speaking to media after the conference, he said the Māori seats had reached their used-by date.

Mr Seymour denied that the move was race-baiting.

"We're not not race-baiting anyone at all, we're saying that Māori are more than capable of being elected to Parliament without special seats."

Mr Seymour accused the Labour-led government of infantilising people perfectly capable of looking after themselves.

And he said he hoped to introduce legislation to reduce the size of Parliament from 120 MPs to 100, and also cut the number of ministers in government.

Mr Seymour said two decades of growth in the size of government had not delivered better outcomes for New Zealand.

Under ACT's policy, the number of government ministers would be reduced from the current 31 to 20.

Mr Seymour said yesterday a name change and a brand re-launch was on the agenda today.

He said some members thought the name lacked clarity, but others worried a re-brand was too risky.

"There are some members who say that the name is a detraction, and doesn't have a clear enough meaning.

"And there other people who say 'at least people know the name, and renaming an organisation is the most dangerous manoeuvre you can perform in marketing."