The National Party leader says he's got work to do to boost his own rankings as preferred Prime Minister, but he's still confident he's got what it takes to lead the country. 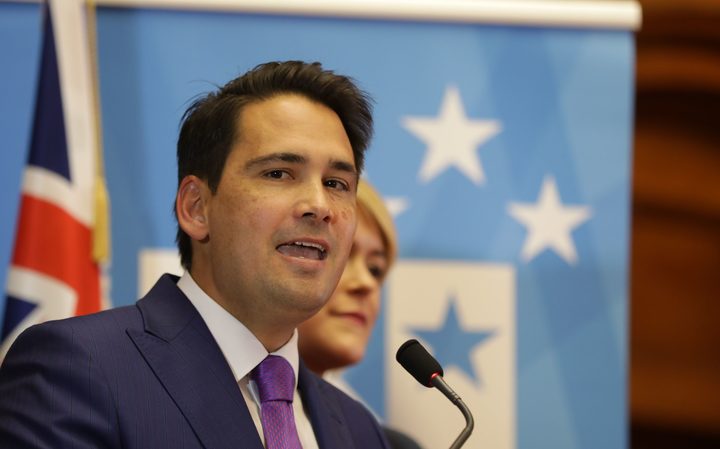 The latest Colmar-Brunton One News poll shows support for Simon Bridges as Prime Minister has dropped two points to 10 percent.

However, the National Party as a whole has 45 percent, compared with Labour which dropped one point to 42 percent.

Last night's Colmar-Brunton OneNews poll had National as the most preferred party on 45 percent with Labour down one to 42 percent.

Meanwhile Jacinda Ardern reigns supreme in the poll on 40 percent.

Deputy Prime Minister Winston Peters moved up one to five percent following his time as chief operator during Ardern's absence.

Mr Bridges told Morning Report that it was the party vote that counted.

"I think it's accurate, what it shows is the government hasn't made any headway whatsoever, and you would expect it for a new government to be up, historically it's remarkable [I've] never seen that in my lifetime," Mr Bridges said.

"It shows National is incredibly well supported again, ultimately it's the party vote that determines the power. I'm pleased and heartened by that but not complacent."

However, he said he was not taking the role to potentially becoming prime minister lightly and admitted there was still room for improvement.

"I'll work over time to build the trust and confidence in me but I take heart that as leader of the National part I lead the strongest political party in New Zealand, not just a year ago, not just 5 years ago, [but] today."

'Wouldn't give them time of day'

Prime Minsiter Jacinda Ardern addressed the controversy surrounding far-right speakers Stefan Molyneax and Lauren Southern, saying New Zealanders were not hostile to free speech, but were hostile to the views of the two Canadians.

"There was no grounds on which to block them from coming here. I think you'll see from the reaction they've had from New Zealanders that their views are not those that are shared by this country and I'm quite proud of that," Ms Ardern said.

Mr Bridges also said he "wouldn't give them the time of day".

However, he was in agreement that it was important to respect the right to free speech before banning people from entering the country.

"We have to set a high bar before we start denying people entry that's always been my view. Free speech works both ways. People we don't like, whose views we don't like are entitled to their voice.

"But what's also true is people are also allowed to criticise them from the rooftops."

He said he trusted New Zealanders' tolerance and intelligence to make up their own minds on the issue.